Julie Taymor on The Lion King and Her Creative Process

The musical stage adaptation of Disney’s The Lion King is the most successful theatrical production of all time, according to a new book on the history of Broadway: it has grossed $6.2 billion worldwide.

So some of the people who’ve seen the show were surprised when director Julie Taymor said in a recent talk at the Nantucket Project that she’d originally envisioned a different arc for the story, one that departed markedly from the animated film.

In a conversation expanding on the story she briefly outlined at the event, Taymor explains that while conceiving the story for the stage adaptation, she knew she would need to add new elements that weren’t in the screenplay, since the movie wasn’t long enough for a Broadway show. The team at Disney told her there were no rules and encouraged her to think creatively about what direction to go in. “They gave me this incredible open world,” Taymor says.

She knew she had to address a few issues from the movie: Mufasa doesn’t figure in the second half, so it would be hard to get a quality actor to play the part if he had to go away after intermission. There were no strong female roles. And the mythological side of the plot needed a boost. “If you know Joseph Campbell and The Hero With a Thousand Faces, Simba has to go through a trial. In the movie, he didn’t go through a trial,” she says. “The prodigal son has to go through hell, basically, before he’s allowed to come back.”

So Taymor came up with a plot line for Act II that would take Simba to an oasis in the desert; it’s a Las Vegas-like city, full of animals who have evolved halfway to human: “lounge lizards” in sharkskin suits and “alley cats” that are like lions, but seedier and more evolved into a human form. “It’s funny and it’s Broadway,” she says. At the heart of it all would be Papa Croc, a villain who has struck a deal with Scar to take water from the desert (hence the drought in the film) to power the electricity in his city. Simba would end up becoming a champion fighter in an arena, earning the nickname “The Lion King,” much to the delight of the “humanimal” spectators.

“Their whole entertainment is watching these wild animals, pre-the-transformation, fight each other. This is really our society,” she says. “In fact, I did The Hunger Games before The Hunger Games.”

The dance form for these fight scenes would be inspired by different kinds of martial arts from around the world. But Simba would have his values tested when Timon and Pumba were caught and put in the ring. Not wanting to fight his friends (and with encouragement from Nala, who has turned up in the oasis), he would escape and return to Pride Rock to defeat Scar and restore water to his community.

In the end, Taymor and Disney decided not to use this concept, but to stick more closely to the action of the film. “I get why we didn’t do it,” she says. “First of all it would have been too long, and it took the story further probably than they needed to in feeling. And I agreed! So I said, ‘Okay, but I’ve figured out what I need to do,’ and that’s when I came up with the animal head on the human.” Ultimately, the unique blend of puppetry and masks used in the production ended up being one of its most lauded elements.

In fact, everything that worked in the final product came about because of the work she did on the concept they ended up abandoning. Besides the raised masks (which also ensured she wouldn’t alienate great actors who wouldn’t want to hide their faces), she figured out how to get a strong female character (make Rafiki a woman) and how to get Simba to the emotional place necessary for the big ending (which would be almost exactly the same in either version). “Everything that I was dealing with in the process was addressed here,” Taymor says, “and then when we decided not to do that version, I took all of what I learned and put it in.”

Sometimes, she suggests, you have to let your imagination run truly wild to come up with a compelling piece of art. “That’s critical in the process,” Taymor says.

It’s a philosophy that’s paid off for the director, who is winning three awards this season: she will be inducted into the Theatre Hall of Fame, honored by Bridges of Understanding, and she will receive the William Shakespeare Award for Classical Theatre from the Shakespeare Theatre Company. She’s also in the early stages of planning feature film adaptations of two of her stage productions, the musical Juan Darien and the opera Grendel, and has several other TV and theater projects in the works. But she still finds time for The Lion King—she was recently working on the Mexican production of the show, and will soon visit China to work on the Mandarin version.

The Lion King‘s success, 18 years after it first opened on Broadway, boils down to one question. “What can you learn from being free?” Taymor asks. “Everything is a good idea until it’s badly rendered.” 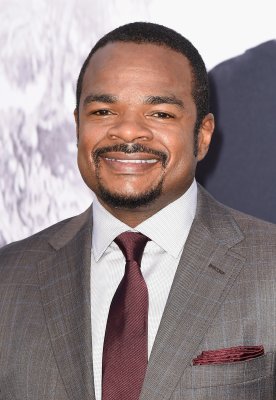 F. Gary Gray Confirms He Will Direct Furious 8
Next Up: Editor's Pick