A lawsuit has been filed against Concord High School in Elkhart, Ind. over a nativity scene in the high school’s annual Christmas play. The suit was filed by the Freedom From Religion Foundation (FFRF), the American Civil Liberties Union and the ACLU of Indiana.

For decades, Concord High School has held a Christmas Spectacular, which ends with a nativity scene and the story of the birth of Jesus, the FFRF said in a statement; a practice that the group believes violates the separation of church and state.

“Attorneys for FFRF and the ACLU argue in the complaint that the nativity performance and the reading of the biblical story of the birth of Jesus are, of course, ‘well-recognized symbols of the Christian faith. Their presence at the Christmas Spectacular is coercive, represents an endorsement of religion by the High School and the School Corporation, has no secular purpose, and has the principal purpose and effect of advancing religion,'” the statement reads.

FFRF says the organization is suing to “ensure that nonreligious and non-Christian students are able to fully participate in their school’s winter concert.”

District Superintendent John Trout has previously defended the nativity scene. “For more than 30 years, the Spectacular has been an important part of the Concord High School holiday experience. It will continue to do so,” said Trout said during a school board meeting in September, the according to a report from the South Bend Tribune.

You can read the full complaint here. 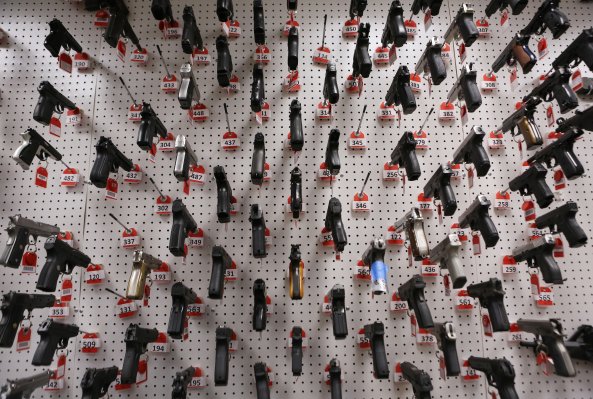 How America Let Criminals and the Mentally Ill Buy 55,887 Guns
Next Up: Editor's Pick