How Much Is Our Environment Worth?

Achim Steiner is the Executive Director of the U.N. Environment Program.

In May this year, Vincent Van Gogh’s depiction of an autumnal landscape in southern France, Les Alyscamps, sold for more than $66 million at auction, close to the most ever paid for a landscape painting. If $66 million gets you a painting of a row of poplars, what price tag do you put on the poplars themselves?

For that matter, how do you value the entire forest? Or a mangrove swamp? A grassland? These environmental assets—like many works of art—are priceless from an aesthetic point of view.

Our economies, however, rarely trade in the currency of a beautiful landscape. The value of these ecosystems is instead tallied from their rate of commodity production. If this value overlooks priceless aesthetic qualities, it also regularly underestimates the contribution of ecosystem services that are less apparent, though quantifiable and just as irreplaceable.

The true value of the planet’s ecosystems is frequently misrepresented, if not invisible, in markets and economic decision-making. But the real economies that underpin our societies are themselves fundamentally rooted in the natural world.

In a forest, the value of timber can be significant and obvious on the open market. But the capacity of the forest to prevent soil erosion in surrounding agricultural land is not so easily or readily accounted for.

A mangrove swamp is an important and valuable barricade against storms. But its capacity to sequester carbon and help prevent climate change goes unappreciated in economic terms.

Grasslands can be an economic foundation of communities, both for their arable land and as a draw for wildlife-based tourism. But what of their function as a water catchment, offering strategic ability to manage this resource?

Without awareness of the true value of these ecosystem services, and how GDP depends on the health of ecosystems, we are bound to continue to exploit them in an unsustainable way.

The U.N. Environment Programme, through its flagship project ProEcoServ, has been developing ecosystem assessment tools to integrate the value of ecosystem services into policy, investment decisions and macroeconomic models.

Over the last four years, ProEcoServ has worked in four pilot countries—Chile, South Africa, Trinidad and Tobago, and Vietnam. The results are remarkable: We have identified almost $1 billion worth of ecosystem benefits in only four test cases.

We found, for example that the Northern Range forests on Trinidad provide up to $622 million of soil retention services annually to the national economy. That’s the equivalent of 6% of government tax revenue. In Vietnam’s Ca Mau province, our analysis showed more than 45,000 hectares of mangroves generate ecosystem services worth up to $1,560 to $2,985 annually per hectare. In South Africa, a map of strategic water source areas indicated they make up only 8% of the land area, but provide a staggering 50% of the water, collectively contributing to more than 60% to the national economy.

These ecosystem benefits, often only apparent after careful analysis and study, exist in virtually every nation on the planet.

The value of this knowledge lies in its application. In this capacity, ProEcoServ was able to work with decision-makers in the pilot countries to integrate our findings into social and economic policy.

Chile offers a demonstrative example. The San Pedro de Atacama municipality in the north of the country is one of the driest landscapes in the world. A tourist boom in the last decade has attracted tens of millions of dollars to the local economy and a 50% increase in local population. But water to supply this influx is scarce in the desert, and improper resource management can undermine the delicate Andean ecosystems tourists come to see.

Working with academic and government partners, ProEcoServ mined satellite and social media data to determine distribution of water resources and tourist flows; the information was then incorporated into a monitoring tool for stakeholders. The result was the first tourism development plan for the municipality that integrates ecosystem services in tourism management.

Economic benefits of ecosystems extend far beyond exploiting them for resources. The ProEcoServ pilot projects show that conservation is less a matter of preserving landscapes only for their aesthetic appeal, but increasingly a matter of securing livelihoods for generations to come.

Perhaps if Van Gogh been able to convey the soil retention services of his poplars, his masterpiece would have set sales records. 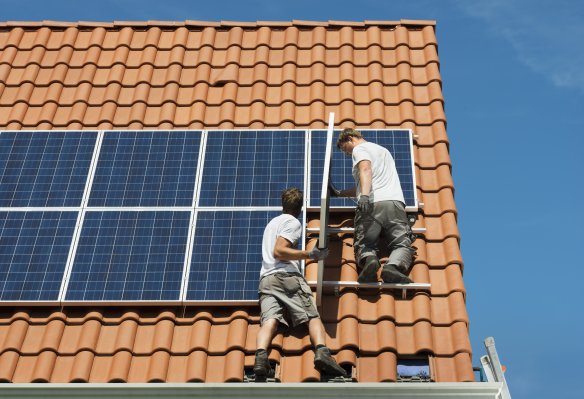 SolarCity Unveils 'World's Most Efficient' Panel
Next Up: Editor's Pick