Though black soldiers had received the Congressional Medal of Honor during the Civil War-era years when the honor was first created, not a single one of the million-plus black servicemen who served in World War I or World War II received the medal until 1991. It was then, a whopping 73 years after he gave his life leading an all-black Infantry Regiment during World War I, that Corporal Freddie Stowers was posthumously given the medal by President George H.W. Bush.

Two years later, the Army initiated a study to investigate whether there was “racial disparity” in the way World War II Medals of Honor were distributed. When the answer came back a yes, Congress passed a waiver that allowed President Clinton to make amends despite the normal time span for such awards having passed. (A similar waiver had been granted for Stowers.) In 1997, Clinton gave the award to seven African-American men who had served in World War II, only one of whom, Vernon Baker, was still living. “To those that are not here with me…thank you, fellas; well done, and I will always remember you,” Baker said at the time.

On Wednesday, family members of those seven medal recipients will gather at the National WWII Museum in New Orleans for a commemorative program. As part of the museum’s exhibition Fighting for the Right to Fight: African American Experiences in World War II, on view through May of 2016, five of the 1997 medals—shown above—have been reunited for the first time since they were presented nearly two decades ago. 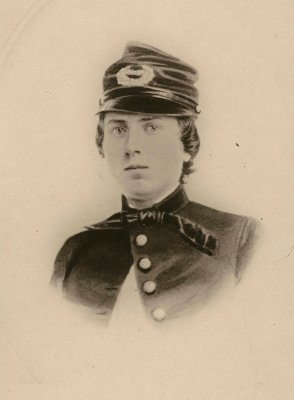 Civil War Hero to Be Awarded Posthumous Medal of Honor
Next Up: Editor's Pick