Migrants are approached by an Italian Navy dinghy boat, in the Mediterranean sea, on Aug. 22, 2015.
Italian Navy/AP
By Justin Worland

European Union naval operatives will begin seizing boats suspected of being used to smuggle migrants across the Mediterranean on Wednesday.

The move marks an escalation of efforts to stem the migrant crisis and disrupt the ability of smugglers to repeat the journey, according to the Council of the European Union. Previously, naval forces rarely engaged smugglers and migrants at sea except in rescue operations. The operation, named Sophia after a baby born a migrant ship before being rescued, requires European ships to stay in international waters, but officials hope that they eventually will receive permissions to enter some foreign waters to intercept ships closer to shore.

More than 100,000 migrants have arrived in Europe via the Mediterranean Sea this year, hoping to escape unrest and civil war in Syria and elsewhere in the Middle East and Northern Africa. Many more have travelled by land to Western Europe through Turkey. The sea route has proven especially dangerous, leading to at least 2,500 deaths. 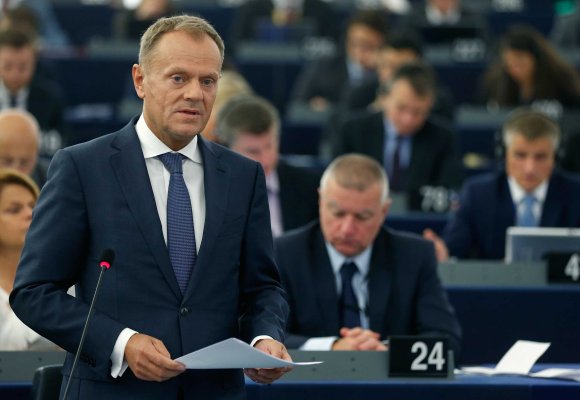 3 Million More Refugees Could Flee Syria
Next Up: Editor's Pick