Over a dozen Saudi air strikes supposedly meant for military targets instead struck homes, schools and other civilian buildings in Yemen, particularly in the Houthi-dominated enclave of Sa’da, according to an Amnesty International report published Tuesday.

The report, titled “Bombs Fall From the Sky Day and Night”: Civilians Under Fire in Northern Yemen, explores civilian bloodshed caused by 13 different air strikes carried out by the Saudi-led coalition, which includes Yemeni government forces as well as troops from the UAE. The report particularly focuses on attacks between May and July in northeast Yemen.

On May 8, coalition troops announced that the cities of Sa’da and Marran will likely be treated as a military target, encouraging individuals to leave within hours. Between then and the end of July, Amnesty says strikes killed around 100 civilians, including 59 children, and injured another 56 in and around Sa’da.

Saudi forces reportedly used large-sale explosions as well as cluster bombs, both of which have been known to cause widespread damage and disproportionately affect noncombatant communities as well as military targets. (In August, a Saudi official denied the use of illegal cluster bombs.)

International humanitarian law strictly prohibits attacks on civilians not affiliated with military targets in a war zone. The report says the deaths could potentially be considered a war crime.

The report also alleges that much of the weaponry used by Saudi forces, including internationally banned cluster bombs, originates from the U.S. 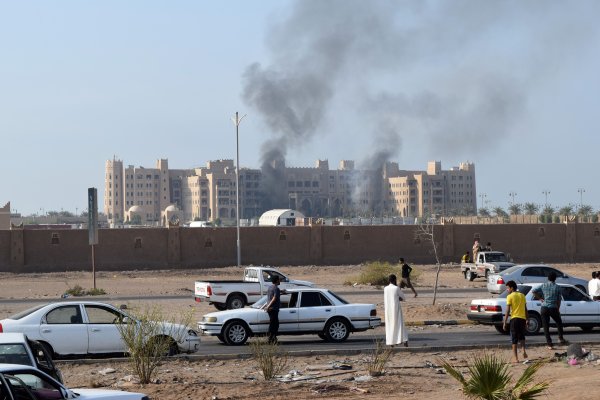 Blasts Strike Yemeni Hotel Used as Government Base
Next Up: Editor's Pick