In the opening act of the new movie Steve Jobs, the titular character—a sort of fictionalized version of the real former Apple co-founder and CEO—rips open a box to find hundreds of issues of TIME magazine. Because this is an Aaron Sorkin film, the discovery sets Jobs off on a rant. He was almost named TIME’s Person of the Year for 1982, he claims, except that someone at Apple revealed he had a secret daughter, was denying paternity and paying her mother a mere $385 per month in child support, despite being worth hundreds of millions.

TIME indeed picked a rather unconventional person of the year that year—or, rather, non-person of the year. The Computer scored the honor, with the issue’s letter the publisher noting that no single human “symbolized the past year more richly, or will be viewed by history as more significant, than a machine.” The magazine included several stories on why the computer was changing the world, including a profile of Jobs written by Jay Cocks. But Jobs didn’t make the cover, and the 1983 TIME snub goes on to play a pivotal role in the three-act film about Jobs.

The real-life profile that so upsets the movie version of Jobs introduces him as the individual who has done the most to fuel the computer’s early-’80s rise to the “cultural ozone.” Jobs, then only 27, had just overseen Apple’s best year yet, during which it was valued at $1.7 billion and pulled in sales up to $538 million, bringing Jobs’ personal worth north of $210 million. “But past the money, and the hype, and the fairy-tale success, Jobs has been the prime advanceman for the computer revolution,” Cocks wrote. “With his smooth sales pitch and a blind faith that would have been the envy of the early Christian martyrs, it is Steven Jobs, more than anyone, who kicked open the door and let the personal computer move in.”

Those words might seem like enough to make any computer executive happy, but not everything in the story was positive. Here are the relevant sections that make a difference in the movie:

See the full issue, here in the TIME Vault: Machine of the Year 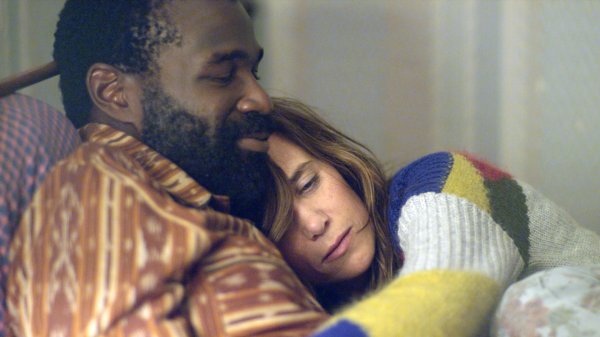 Nasty Baby Is the Gay Film We've Been Waiting a Decade For
Next Up: Editor's Pick