The Suicide Squad cast got really friendly while shooting the DC Comics film, as evidenced by elaborate birthday cakes and those#SKWAD tattoos, but it seems Jared Leto was so committed to playing the Joker that he didn’t get to know his costars at all.

During an interview on Beats Radio 1, Will Smith (who plays Deadshot in the film) revealed Leto stayed in character the entire time he was on set.

“I’ve never actually met Jared Leto,” the actor said. “We worked together for 6 months and we’ve never exchanged a word outside of ‘Action!’ and ‘Cut!’ I literally have not met him yet. So, the first time I see him will be ‘Hey, Jared. What’s up?’ He was all in on the Joker.”

This isn’t the first time another Squad member has detailed Leto’s dedication to the role. Margot Robbie, who plays Harley Quinn, previously revealed Leto sent her a pet rat before filming began (she kept it as a pet). And Adam Beach, who plays Slipknot, also shared that Leto sent bullets to Smith and a dead hog to the cast. 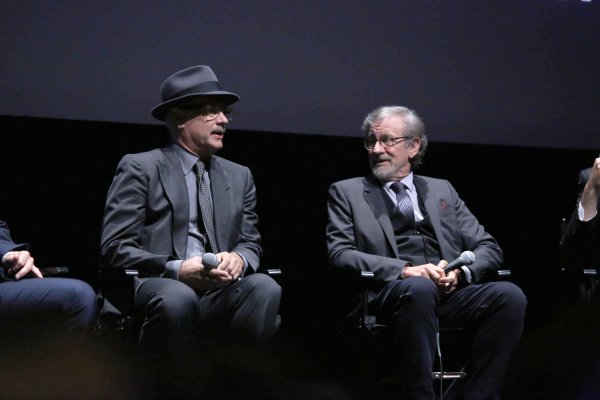 Tom Hanks and Steven Spielberg on Bridge of Spies, Diversity in Hollywood and Star Wars
Next Up: Editor's Pick