About two years ago, Lady Gaga looked defeated. The singer had staked her reputation on Artpop, her 2013 album that was intended—as she kept telling her fans—less as a collection of songs than as a statement of purpose. The only problem? Consumed with big ideas about fame, Lady Gaga had forgotten what actually made her famous. Sure, her outlandish costuming kept people talking, but only after they’d started talking about her classically built songs. Artpop lacked a smash-hit single or, really, any tunefulness at all; critics shrugged and the album underperformed.

What happened over the next two years, after the Artpop fizzle, is a master class in reinvention. The singer went back to basics, releasing an album of jazz duets with Tony Bennett (for which she won a Grammy) and performing with full-throated drama-kid vocals at the Oscars. There’s something inspiring about her resourcefulness; a star who was once so successful that she could enlist Beyoncé as her supporting act sees her peak of fame in the rear-view mirror, but refuses to go quietly without trying every possible remedy.

But for the umpteenth time in the past couple of years, Gaga is doing something entirely new. She’s appearing as an actress on American Horror Story, whose season premiere airs Wednesday night. None of these things directly relate to Gaga’s career as a pop performer in the vein of Beyoncé, Katy Perry, or Taylor Swift. But all of them add to the sense that she may just grow up to be the thing her generation didn’t know it needed: An all-around entertainer.

Read More: Lady Gaga’s Performance at the Oscars Could Redefine Her Career

The new season of American Horror Story, subtitled Hotel, has been marketed around Lady Gaga’s role; this is understandable both because of how novel such an acting gig is for a music-world star and because AHS‘s longtime resident diva, Jessica Lange, has left the premises. In the absence of the most game performer ever to win two acting Oscars, someone has to carry the torch for divadom.

And the singer rises to the challenge in her own way. In her time onscreen as the notional owner of a mysterious haunted hotel, Lady Gaga speaks in a vaguely European, unplaceable accent; call it actress-ese. She makes textual all of her long-running subtextual references to drugs and sex by setting up lines of cocaine onscreen and engaging in a fatal ménage à quatre. Without spoiling the events of the episode, she’s evidently willing to take part in the carnage that the show demands of its participants—indeed, she runs the hotel in which the show’s deaths occur—and she’s so far less “morally ambiguous” than “morally despicable.” She is, evidently, the Big Bad of the season, and she is both unconcerned with career repercussions if she goes Bad and conditioned by years in the spotlight to go Big.

But what’s most surprising about the first episode of American Horror Story is how little it feels like the Lady Gaga Show. A star at her level of fame who wanted to work on TV could, perhaps, demand her own variety show on a broadcast network; the last big pop star who made herself quite so available on weekly TV was Cher, of Sonny and. But it’s even more standard for a popstar like Gaga would go back to work on the next album and put ideas of TV appearances entirely aside until the next Grammy ceremony or Super Bowl halftime show. When there’s finally vocal music on AHS, it’s a dark emo song perfectly suiting the visuals of Gaga committing murder. This isn’t Artpop promo, or hype for whatever is the next record; something longer-range is happening here.

Not merely has Gaga deigned to work on basic cable, but she’s offscreen for much of the first episode; both Kathy Bates and Wes Bentley in particular feel far more central to the proceedings. This is both a laudable acknowledgment of her acting experience relative to the more experienced cast—in her time onscreen so far, she’s been asked to be “imperious,” a tone she can master—and something that feels deeply weird. One of the most talked-about singers of the decade is now running for Best Supporting Actress?

But as the episode wears on, it’s apparent that sidelining herself even in her own season of American Horror Story is a clever move for Gaga. On American Horror Story, she’s sublimated herself to someone else’s vision, saving for another day whatever she may have in store in her pop career. (Promoting the series, Gaga has lately put the outré fashions back in the closet, and her onscreen garb is not much more ornate; her simple dress at the Emmys was safe for vegans, with absolutely no meat.)

This suits Gaga well at the present moment: When it comes to her particular set of skills on TV, a little goes a long way. Indeed, by allowing Kathy Bates to take charge and reappearing only for enigmatic, compelling moments of accented bossiness (seriously, is she pretending to be French? German?), Gaga is doing the same thing she’s been doing since the fate of her last pop album became clear, when she popped in for surprise moments of jazz mastery or Oscars glamour. For both her devoted fans and the uninitiated, she ends up doing something that the nonstop album-promotional cycle never allowed her to do: Leave us wanting more. 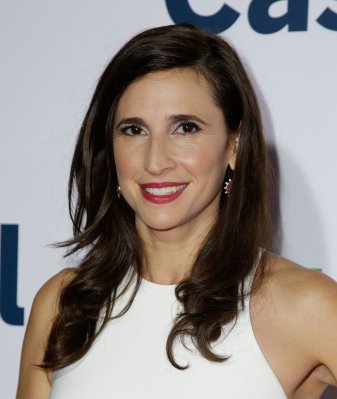 Michaela Watkins on Breaking Out With Casual and Surviving the Third-Life Crisis
Next Up: Editor's Pick