Police in Cincinnati, Ohio, responded to a 911 call Monday to find a 20-foot python coiled around the body of the shopkeeper at a reptile store.

Terry Wilkens was not breathing when police found him with a 125-lb snake coiled around his head, neck and torso shortly before noon Monday morning. Officers took the snake by the head and uncurled it from Wilkens’ body. The snake began coiling around an officer’s arms but police were able to stop the animal and return it to its enclosure. Wilkins resumed breathing before reaching the hospital and was released Tuesday, The Cincinnati Enquirer reports.

“It was only by the grace of God that one of the officers knew how to deal with snakes,” said Police Chief Tom Collins. “It was a horrific event,” he added.

Police said Wilkens was feeding the snake when it bit him and latched onto his arm.

Wilkens’ store, Captive Born Reptiles, has reportedly been open for just two months. The snake is still at the shop. 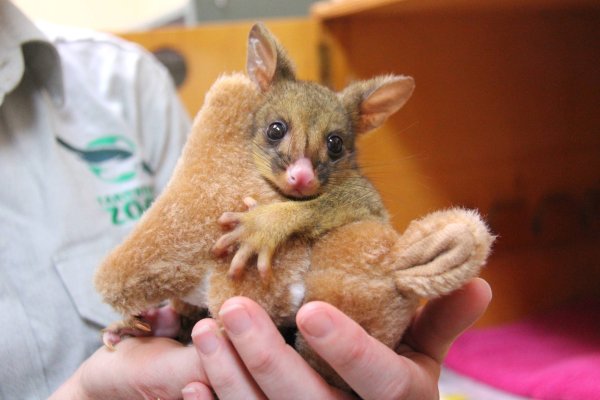 Nothing Can Ever Come Between This Orphaned Baby Possum and Her Stuffed Kangaroo
Next Up: Editor's Pick