How the Sports Industry Is Fueling the Daily Fantasy Scandal

On Sept. 27, an employee at red-hot daily fantasy site DraftKings won $350,000 in a contest sponsored by rival platform FanDuel. The employee had access to proprietary data that could have helped him gain an advantage. On Tuesday, DraftKings denied that the employee used this data to win the contest, but both companies temporarily restricted their employees from competing in daily fantasy contests on other sites. Major League Baseball, a DraftKings investor, that it was “surprised” to learn that company employees can participate in fantasy contests.

For the fantasy sports industry, this scandal has serious implications. It’s already a problem for the fantasy betting sites that most daily fantasy players get taken to school by expert competitors. The perception that employees of FanDuel and DraftKings prey on contestants from the general public could further the impression that the game is inherently stacked against average Joes.

The blowup has drawn enough concern to capture the attention of lawmakers. On Tuesday, the New York attorney general launched an inquiry into the daily fantasy sites. Two New Jersey Democrats, Rep. Frank Pallone and Senator Bob Menendez, wrote a letter to FTC chairwoman Edith Ramirez, urging her to explore regulating daily fantasy. “Consumers … expect companies that hold online contests to do so in a fair, transparent manner,” they wrote. “Allowing employees of fantasy sports websites with access to nonpublic information to participate in online fantasy games, even if the games are operated by other fantasy sports companies, could give those employees an advantage akin to insider trading.”

The sports industry has brought this scandal upon itself. Investors in DraftKings, which has raised some $426 million to date, include Fox, which broadcasts the NFL and MLB over its airwaves and operates multiple sports cable networks, the Kraft Group — New England Patriots owner Robert Kraft is arguably the most powerful executive in football not named Roger Goodell — Major League Baseball, Major League Soccer, and the National Hockey League. The FanDuel investor group includes NBC Sports Ventures and Turner Sports. In a $275 million round of financing this summer, FanDuel, which has raised $363 million, said that “a number of NFL and NBA team owners” were on board. Last year, the NBA acquired an equity stake in FanDuel.

By heavily investing in daily fantasy, sports leagues—and the networks who support them—have placed themselves in the center of an all-but-inevitable controversy. In case you haven’t run to your laptop to signup for DraftKings or FanDuel: daily fantasy differs from your season-long leagues in that you can pay an entry fee in the morning, build a football team or basketball team or baseball team consisting of players competing that day, and get paid based on the performance of your players — up to $2 million for some lucky winners. If that sounds like gambling, well, it is—but not in the legal sense. A carve out in the Unlawful Internet Gambling Enforcement Act of 2006 allowed an exception for fantasy sports, as long as “all winning outcomes reflect the relative knowledge and skill of the participants and are determined predominantly by accumulated statistical results of the performance of individuals (athletes in the case of sports events) in multiple real-world sporting or other events.” In other words, the law says fantasy sports are a game of skill, rather than a game of chance.

But the authors of this decade-old law failed to foresee the rise of daily fantasy. One particular DraftKings ad, in which a backward-capped bro nervously awaits the outcome of a sporting event, and then goes nuts when the ball bounces his way, may as well scream “this guy is gambling.” Pallone, the New Jersey Congressman, has called for daily fantasy hearings on the Hill. “Daily fantasy sports is functioning in a Wild West void within the legal structure,” Pallone says. He thinks all sports gambling, daily fantasy included, should be legal and regulated — beleaguered Atlantic City, in his state, could use the extra revenues. (TIME has argued this position too). He’s looking for consistency. Why can’t someone drop a few bucks in a casino because the New York Giants didn’t cover, but can lose a few bucks on these fantasy sites because Brady didn’t throw that extra touchdown?

The answer: hypocritical sports leagues are pulling the strings. For example the major pro sports leagues, plus the NCAA, sued the state of the New Jersey to try to stop its effort to legalize sports gambling. The legal fight succeeded — in August a federal appeals court ruled that New Jersey’s effort to permit sports betting at casinos and racetracks violated federal law. (NBA commissioner Adam Silver actually does favor legalized and regulated sports gambling, but wants Congress, rather than state lawsuits, to overturn the federal law banning it almost everywhere outside Nevada). Meanwhile, the leagues pile money into what are, in spirit, sports gambling platforms, and stand to profit off their success.

Hypocrisy or not, these daily fantasy sites aren’t going anywhere. The cartel that has effectively legalized sports gambling in this country doesn’t just include FanDuel and DraftKings, the upstarts each valued at over $1 billion. Among the “disruptors” are their investors and partners: century-old sports leagues and teams and networks and the entrenched old guard members of the industry who have found a backdoor way to profit off gambling, while publicly, and in the courts, opposing it. In this “insider trading” mess, daily fantasy industry may be facing its first big hiccup. But here’s a safe bet: daily fantasy is here to say. Big Sports always wins. 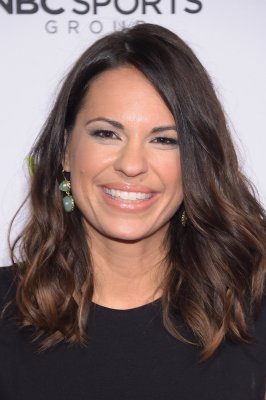