Google and Israel May Be Heading to the Moon

Gettin' lonely: A return to the moon may be coming soon
NASA/Bill Ingalls
By Jeffrey Kluger

Tired of waiting for NASA to get its Apollo-era mojo back and start putting spacecraft on the lunar surface again? Then you’ll be happy to know that Israel—with some help from Google—is about to show the moon a little love.

At a 12:45 PM press conference in Jerusalem today (5:45 AM ET), Israeli President Reuven Rivlin, along with representatives of Google and SpaceIL, a nonprofit Israeli space engineering company, announced that SpaceIL is the first of 16 contestants in Google’s Lunar XPrize competition to formalize its plans to land a private spacecraft on the moon before the end of 2017.

To claim the $20 million jackpot, the winner must not just land (intact, please), but travel at least 500 meters (547 yds.) and send back video and high definition pictures. The second place finisher gets $5 million; incentive bonuses totaling another $5 million are available for such achievements as surviving a lunar night (which lasts 14 Earth days) and visiting an Apollo landing site.

All of the finalists are required to have a verified launch contract in hand by Dec. 31, 2016 to remain in the running. SpaceIL checked that box by inking a deal with Spaceflight Industries, a U.S. space services company that recently bought a SpaceX Falcon 9 rocket and will launch the moon probe as one part of a multiple-cargo payload.

“Only three countries have soft-landed a rover on the surface of the moon: the United States, the former Soviet Union, and China,” said SpaceIL CEO Eran Privman in a statement accompanying the announcement. “Now the notion of the small state of Israel being added to this exclusive list looks more promising than ever.”

The SpaceIL probe is a three-legged machine roughly the size of a dishwasher. It lacks wheels, which ought to make the mandatory 500 meters of travel difficult, but Google never specified that the spacecraft had to drive. SpaceIL instead plans to cover the half-kilometer distance by conserving enough fuel in its descent engine to hop where it needs to go after it first touches down. The relative simplicity of both that flight profile and the spacecraft itself is a big plus for a lunar first-timer like SpaceIL, but the group has a long way to go before it cashes that $20 million check.

Landing on the moon, as the U.S. discovered back in the 1960s, isn’t easy. The first American spacecraft to reach the lunar surface was Ranger 7, in July of 1964—but only after Rangers 1, 2, 3, 4, 5, and 6 failed before it. What’s more, the Rangers were attempting a crash landing—a suicide plunge with a high-speed camera firing all the way. NASA didn’t achieve a soft-landing until 1966, when Surveyor 1 landed in the Ocean of Storms. (One good portent for SpaceIL: Surveyor 1 bounced after it landed—but not 500 meters.)

Getting to the lunar neighborhood in the first place isn’t easy either—especially when the clock is ticking. Deadlines slip, costs exceed estimates, hardware fails, boosters never make it to orbit—as SpaceX itself discovered in June when an unmanned cargo rocket it was sending to the International Space Station exploded just two and a half minutes after takeoff.

SpaceIL probably has a comfortable money cushion. Its major contributors and fundraisers are the Kahn Foundation and the Dr. Miriam and Sheldon G. Adelson Foundation. Sheldon Adelson is the Las Vegas casino mogul who is better known for his big-ticket bankrolling of Republican presidential candidates. Still, space is expensive—more so even than presidential politics—and any well can run dry after a while.

What’s more, just because SpaceIL is first out of the gate doesn’t mean it will have the track to itself. The other 15 competitors have more than a year to book their liftoff tickets. Even if no one else qualifies, however, SpaceIL will still be involved in a different kind of competition.

If there’s any part of the XPrize program that critics argue Google needs to re-think—and still has time to rethink—it’s the business of trying to go anywhere near the six Apollo landing sites. Moves have been made to bring the sites under the protection of the U.S. National Register of Historical Places or add them to the UNESCO World Heritage List. But if reaching even ordinary international accord is difficult, try throwing in another whole world.

NASA requests that lunar visitors observe a no-go radius of 0.5 km (0.3 mi.) around any spacecraft impact site, and 2 km (1.25 mi.) around a soft landing site—manned or unmanned—and Google promises to honor that. But space flight isn’t target shooting, and even with astronauts at the controls a landing zone is just an approximate thing. Thinking that a newbie like SpaceIL could touch down within just 500 meters of an Apollo site without the risk of going awry and wrecking Neil Armstrong’s flag on the way down is hubris of the first order. Better to avoid that possibility altogether and take that incentive off the table.

If Google will do that, the company will have an all-but perfect contest on its hands. The odds of anyone actually winning may be lousy, but it’s all upside—in terms of both technology and inspiration—if somebody somehow does. 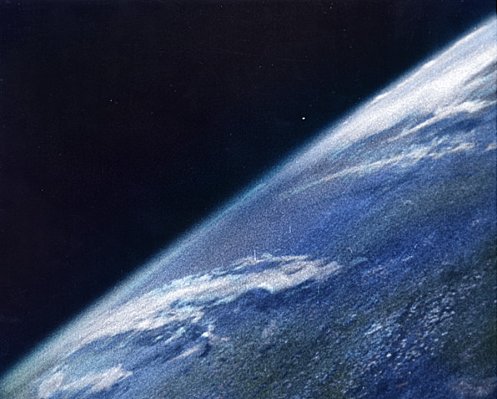 See the First Photo Ever Taken in Space Colorized
Next Up: Editor's Pick