More Women Are Getting IUDs Right After Giving Birth

Illustration by Miles Donovan for TIME
By Alexandra Sifferlin

Getting pregnant soon after giving birth is linked to an increased risk of complications for both mother and baby, which is why some women choose to get an intrauterine device (IUD) or implant—known as long-lasting reversible contraceptives (LARC)—inserted at the hospital right after childbirth. Now, a new study published in the journal Contraception shows that increased insurance coverage is making it easier for women to get these methods of birth control at the hospital after delivery.

Insurance providers cover the tying of fallopian tubes, but coverage for LARC after giving birth is relatively new—even though LARC are considered to be one of the most effective forms of birth control, with a failure rate of less than 1% when used as directed. Data suggests that up to 60% of low income women who say they want an IUD or implant do not come in for a follow-up appointment after birth, possibly due to barriers like childcare and transportation.

Reimbursement for insertion of the IUD or implant after delivery wasn’t offered before 2012, but after South Carolina became the first state to cover the practice, it’s now covered in 19 states. Eight more states are currently considering it, the study authors say.

MORE: Why The Most Effective Form Of Birth Control Is The One No One Uses

The study authors wanted to better understand why Medicaid agencies in different states were—or weren’t—paying for immediate postpartum LARC, so they called up representatives at 40 Medicaid agencies and asked them.

Medicaid agencies that did cover LARC right after childbirth cited maternal health benefits. Pregnancies that happen between 12-24 months after the first pregnancy have been associated with an increased risk of low birth rate, preterm birth and stillbirth, says Michelle Moniz, assistant professor in the department of obstetrics and gynecology in the University of Michigan Health System and one of the study’s authors. The agencies also cited cost-savings. While a LARC device costs $600-$775, a birth resulting from an unplanned pregnancy using public funds costs about $11,600, the study notes.

Agencies that didn’t offer reimbursement cited the high upfront cost of LARC devices and a lack of clinicians asking for the practice to be covered. LARC, like nearly all birth control, isn’t without risks. There is a greater risk of an IUD falling out—called expulsion—if a woman has it inserted after delivery. “But the important corollary to that is there’s not a higher risk of complications from the IUD, such as infection or damage to the uterus,” says Moniz. The contraceptive implant, which goes into the arm, has no increased risk of falling out, she adds.

Here are the states where the practice is covered by Medicaid:

While American women have been slow to embrace forms of LARC like IUDs compared to women in other countries, evidence suggests that interest is increasing. February 2015 data from the U.S. Centers for Disease Control and Prevention (CDC) suggested that IUD use increased 83% from 2006–2010 to 2011–2013, and implants tripled in use in the same period. Another 2015 study, also published in the journal Contraception, found that among 500 female health care providers, 42% used LARC, which is significantly higher than the general population.

“A concerning number of states do not currently cover this service, despite its known effectiveness and cost savings,” the study authors write. “Efforts to remove reimbursement barriers should focus on clearly communicating to policymakers the clinical benefits and cost-effectiveness of immediate postpartum LARC in women who desire it.” 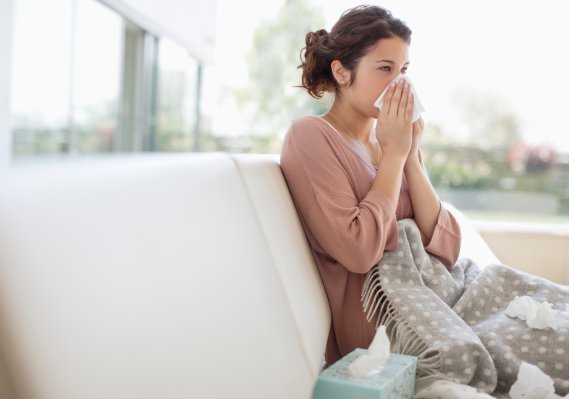 22 Ways to Survive Cold and Flu Season
Next Up: Editor's Pick