Swimming in circles alongside a fishing boat, two otters wait to catch fish in a river in southern Bangladesh. As the animals squeak in the water, fishermen lower a net into the river, in the heart of the Sundarbans, the world’s largest mangrove forest. Then, one by one, the short-haired otters dive under the water with a splash, chasing a school of fish close to the banks of the river.

Otter fishing is a centuries-old tradition in Bangladesh, where fishermen have been using trained otters to lure fish into their nets – a rare technique passed on from father to son that relies on coordination between man and otter.

“We use them because they catch more fish that we can alone,” Shashudhar Biswas, a fisherman in his 50s whose family has trained otters for generations, told the AFP. Biswas explains that the otters do not catch the fish themselves, but they chase them towards fishing nets.

“The otters manage to spot fish among the plants, then the fish swim away and we stay close with our nets. If we did it without them, we wouldn’t be able to catch as many fish,” says Shashudhar’s son, Vipul. Vipul added that it’s much easier to make ends meet thanks to this technique.

Fishing is usually done at night, and the otters can help fishermen catch as many as 26 pounds of fish, crabs and shrimp.

But the partnership between man and otter is on the verge of extinction. It’s already died out in other parts of Asia as fish populations decline, wildlife experts say. Short-haired otters are an endangered species in Bangladesh and experts say that otter fishing may play a key role in their conservation. 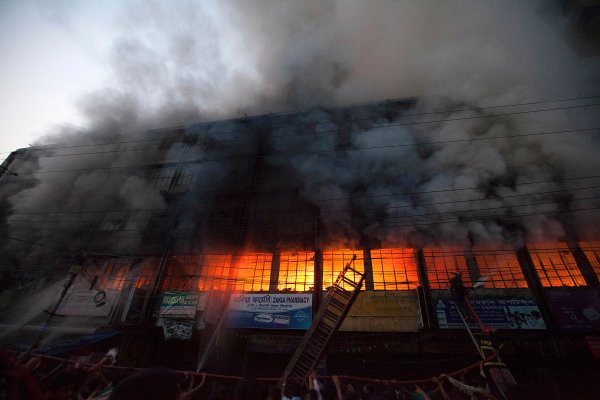 Bangladesh’s Garment Factories Still Not Up to Par
Next Up: Editor's Pick