This Photo Shows Russia's Air Strikes on Syria in Action

A video grab made on Oct. 6, 2015, shows an image taken from footage made available on the Russian Defense Ministry's official website on Oct. 5, purporting to show a Russia's Su-24M bomber dropping bombs during an airstrike in Syria.
Russian Defence Ministry/AFP/Getty Images
By Denver Nicks

Middle East politics are complicated to say the least, and nowhere is this more evident than in the Syrian conflict, where Russian air strikes in recent days have shined a spotlight on the uneasy allegiances in the multi-pronged war.

On Wednesday, Sept. 30, Russia began conducting air strikes, illustrated here in this screen grab of video taken from the underside of a Russian Su-24M bomber, against rebels seeking to oust Syrian President Bashar Assad. Russia, which supports Assad, insists it’s targeting combatants from ISIS and other Islamist rebel groups, but the U.S. and its allies, who oppose Assad, say Russian air strikes have also targeted civilians and U.S.-backed rebel groups not associated with ISIS. On Monday, NATO issued a warning to Moscow after Russian jets briefly violated Turkish airspace over the weekend. 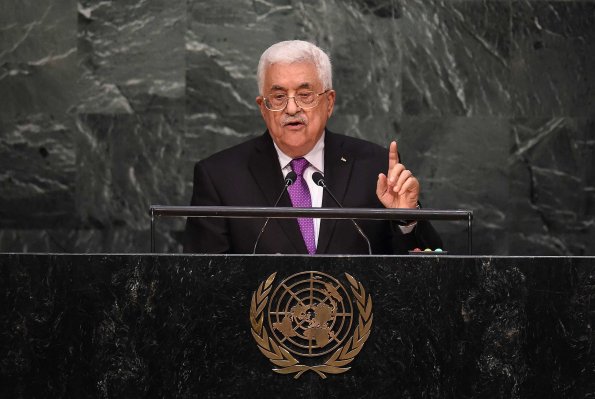 Why Abbas' 'Bombshell' Speech at the U.N. Was a Dud
Next Up: Editor's Pick