How much harder is it to make in Hollywood as a woman? While male actors see their careers peak at the age of 46, female actors reach their professional pinnacles at age 30, according to a TIME analysis of the careers of over 6,000 actors and actresses. And things aren’t getting better in the film industry: Women today who are the age of 60 are seeing the number of roles they are cast in decline faster than their older peers once did. At the same time, younger men are seeing their careers peak even later their older peers.

For more charts and examples on this topic, see Time Labs.

The plight of sexism in Hollywood recently reached the forefront when it was revealed that 51-year-old Sandra Bullock is playing the lead in “Our Brand is Crisis,” a role originally intended for George Clooney. And as Vulture noted recently, Hollywood is fond of pairing young actresses like Emma Stone with considerably older male leads.

The problem is not a new phenomenon in the workplace, where men reach their peak earning potential much later than women. Hollywood is not only guilty of this same sexism, but displays an even greater disparity than most industries.

To collect a sample of actors and actresses, we compiled the top five leading actors and actresses from the top 5,000 grossing movies in the Internet Movie Database, which stretches back to the 19th century . (While some movies choose to list the cast alphabetically, our spot checks suggest IMDB is good about listing the most prominent roles first in the cast list.) The gender of each actor was imputed from the pronouns in his or her mini-biography, a method that appears to have very high accuracy. 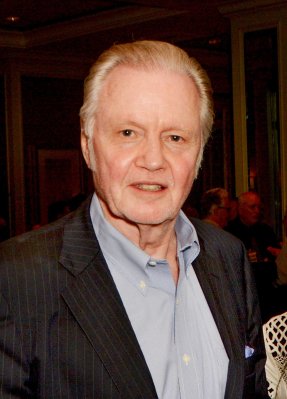 Jon Voight Joins the Cast of Harry Potter Spin-Off
Next Up: Editor's Pick