Two Air France executives had to flee company-restructuring meetings Monday at the airline’s headquarters north of Paris less than an hour after they’d begun, when angry workers stormed the building.

Hundreds of airline employees had gathered in front of the building, according to the Guardian. Dozens then poured into the headquarters after four unions announced that they were planning to strike.

Photos and videos from the scene show Air France’s executive vice president of human resources, Xavier Broseta, and director of Air France in Orly, Pierre Plissonnier, pushing through a furious mob with the help of security guards as their clothes are torn off. Both resorted to climbing over fences to escape.

According to the BBC, one union official said Broseta “narrowly escaped being lynched.”

The airline is undergoing widespread restructuring in a bid to reduce costs by over $2 billion, the BBC says. The restructuring talks were called after the airline failed to reach an agreement with its pilots over working longer hours.

Plans reportedly include layoffs for 1,700 ground staff, 900 cabin crew and 300 pilots by 2017, according to one union. The BBC also reports that the company will cut long-haul flights and downsize its air fleet.

The Guardian reports that parent company Air France–KLM has filed a complaint against the protesting staff for “aggravated violence.” 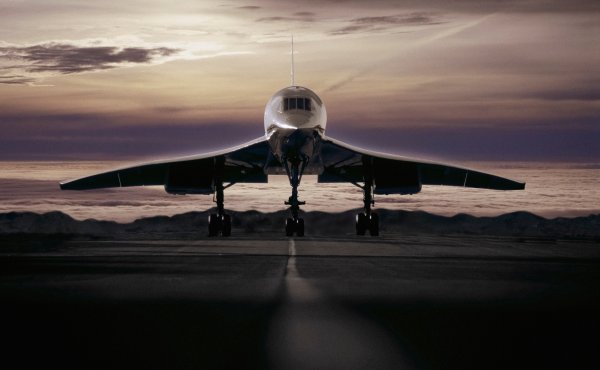 Concorde Supersonic Plane May Fly Again
Next Up: Editor's Pick