The Case for Open Borders

A group of migrants waits at a makeshift detention camp for Hungarian authorities to register their arrival in the European Union. Roszke, Hungary, Aug. 29, 2015.
Yuri Kozyrev—NOOR for TIME
Ideas
By Bryan Caplan
Caplan is a professor of economics at George Mason University and the author of The Case Against Education.

Politicians on both sides of the Atlantic are once again searching for better ways to curtail immigration. In America, Republican candidates are pondering bigger, better border walls. In Europe, leading politicians are hoping someone figures out a way to end the Syrian refugee crisis by bringing peace to the Middle East. In the midst of these passionate debates about how to curtail immigration, almost no one is talking about whether immigration should be curtailed in the first place. This is the debate we should be having.

Some of the greatest victories of social justice in 20th-century America have, in the end, cost us less than nothing. The end of Jim Crow laws, which restricted blacks’ right to work for any willing employer, didn’t only help blacks; it also enriched our whole society by allowing black workers to fully use their talents. The entry of American women into traditionally male jobs, similarly, was not a victory for women alone; wasting half the country’s skill, determination and ingenuity would have been a tragic loss for the U.S.

These successes should make us wonder if we’re overlooking other ways to make our society juster and richer at the same time. As it turns out, such an opportunity is hiding in plain sight: Instead of redoubling our efforts to curtail immigration, we should return to the historic American policy of open borders—admitting everyone eager to come build a better life for themselves.

Most countries welcome tourists, yet developed countries place heavy restrictions on foreigners who want to settle down, find a job, and make a new life. This would be weird if we didn’t take it for granted. Immigrants, like tourists, are normally paying customers, not beggars. Like our ancestors, today’s immigrants come to swap their labor for our products. Most move because their productivity—and hence their pay—is higher here than it is at home. If you lived in Syria or Haiti, you wouldn’t be very productive either.

How would open borders benefit those of us who are already here? You could just as well ask, “How would equal rights for blacks benefit whites?” or “How would equal rights for women benefit men?” The answer, in all three cases, is the same: A mind – white or black, male or female, native or foreign – is a terrible thing to waste. Despite the bipartisan popularity of immigration restrictions, these laws trap most of mankind’s skill, determination, and ingenuity in countries that cripple these precious assets.

The losses boggle the imagination. According to economists’ standard estimates, letting anyone take a job anywhere would roughly double global production – a bigger gain than any other economic reform known to man. This isn’t trickle-down economics; it’s Niagara Falls economics.

Immigrants are rarely charity cases. On some level, even immigration’s harshest critics know that immigrants come to work. That’s why critics favor strict enforcement of the many draconian laws that bar foreigners from the labor market. Syrian refugees will take some time to get on their feet, but they, too, will eventually find jobs as long as their host countries permit them to work.

Countries with lavish welfare states have more to worry about, but there is a cheap, humane alternative to exclusion: restrict migrants’ eligibility for benefits. Creative approaches abound: For example, immigrants could be ineligible for government transfers for their first 10 years of residence, or until they’ve paid $100,000 in taxes.

Critics of immigration argue it has negative effects on wages, budgets, culture, crime, politics, and other areas. Yet serious researchers usually conclude that anti-immigration pundits and politicians are making mountains out of molehills. In any case, the economic gains of open borders are so vast that they dwarf critics’ most outlandish complaints. We are talking about trillions of dollars of extra wealth creation, year after year.

Nor must we fatalistically take the good with the bad. The U.S. could impose surtaxes on immigrants’ earnings, then use the proceeds to cut taxes for low-skilled natives. It could require English fluency as a condition of entry. It could limit full citizenship—and the vote—to immigrants with a masterful understanding of American government. If such limits seem unfair, they are far less unfair than the status quo, which traps countless foreigners in poverty and danger because they proverbially “chose the wrong parents.”

If we can acknowledge foreigners’ basic rights to work for willing employers and rent from willing landlords—and dramatically enrich foreigners and natives in the process—why not do it? 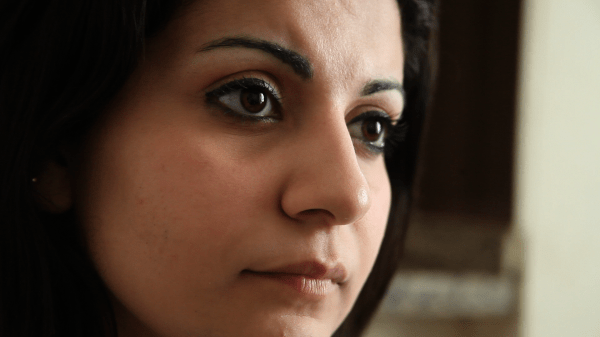 This Is What the Syrian Brain Drain Looks Like
Next Up: Editor's Pick