David Miller was not the first person to destroy a draft card. As protests against the Vietnam War increased in the 1960s, the destruction of Selective Service registration certificates became common enough that in August of 1965 President Johnson signed a law making it a federal crime to destroy or mutilate the cards. But after Miller publicly burned his draft card on Oct. 15, 1965—exactly 50 years ago—he became the first person to be prosecuted under that law and a symbol of the growing movement against the war.

Miller was a 22-year-old pacifist member of the Catholic Worker movement who had moved to New York City after college to volunteer at a soup kitchen. At a rally against the war, he clambered up to the top of a sound truck and announced to the crowd that he believed that what the U.S. was doing in Vietnam was immoral and that he wanted to make a political statement, “so here goes.” Then, in full view of news cameras, he touched a cigarette lighter to his draft card. (Miller is shown, on the truck, in the photo above.)

Miller was arrested before a week had gone by. TIME guessed that the steep penalties under the new law (a maximum of $10,000 and five years in prison) would keep draft-card burning from becoming a “post-adolescent craze,” a glib phrasing that Miller took issue with. “There is no threat to peace or security from me or from other protesters,” he wrote in response, “the danger lies in blindness to the fact that we have something to say.”

Early in 1966, Miller was found guilty and sentenced to three years in prison. The Supreme Court declined to hear his appeal, which effectively proclaimed that the ban on card burning did not infringe on free speech. But that didn’t dissuade other protestors. Shortly after Miller was finally sent to jail in April of 1967, major protests in New York and San Francisco included organized draft-card burnings. Miller’s sentence was stayed soon after but, starting in 1968, he did serve almost two years, after which he remained a political activist. 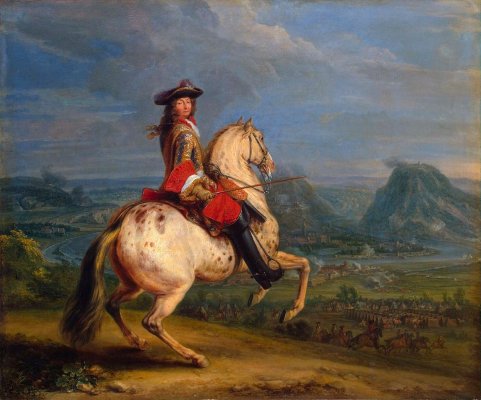 This Is How Europe Came to Dominate the World by the 20th Century
Next Up: Editor's Pick