Pacific Trade Deal Is Good for the U.S. and Obama's Legacy

After years of talks, the 12 Pacific Rim countries at the bargaining table have announced agreement in principle on the Trans-Pacific Partnership (TPP) trade deal, which covers countries representing about 40% of global economic output. This is a big win for U.S. negotiators and for the other countries involved. It will also be a crucial part of President Obama’s foreign policy legacy.

The deal must now be ratified by legislatures of the 12 countries: the United States, Japan, Canada, Mexico, Australia, New Zealand, Chile, Peru, Malaysia, Vietnam, Singapore, and Brunei. President Obama has “fast-track authority,” which allows him to put the deal before Congress for a simple up or down vote. It will pass. And all the other countries are expected to pass it, as well. The main remaining question is Canada, where the matter might be decided by an upcoming election.

TPP will reduce tariffs across most goods and services and establish new rules for trade and commerce. Its biggest economic impact will be felt in smaller markets like Vietnam and Malaysia. But it will also provide a critical boost for Japan’s economy, helping Prime Minister Shinzo Abe continue to push forward on economic reform.

It is likely to add half a percentage point to U.S. GDP growth in coming years, but its larger impact for the United States will come from its geopolitical impact. Washington is doing less in the world these days. That’s what the U.S. public wants and American finances demand. But Asia is an exception, because deeper involvement there can create economic opportunities (like TPP), and because China’s neighbors are eager for a lasting U.S. presence to protect them from over-dependence for growth and security on China. TPP ensures the U.S. will maintain a long-term foothold in this crucial region; it deepens relations with existing allies like Japan, and boosts efforts to strengthen relations with potential partners like Vietnam.

Over time, it may even encourage China, which can’t yet meet open-market TPP standards, to join in some form in coming years. If so, it will become an even bigger win for the U.S., for Asia, and for the entire global economy.

The deal certainly has its critics. Hillary Clinton, who called this agreement the “gold standard” of trade deals when she served as Secretary of State, has reversed her position. Other prominent Democrats oppose it. They have reason. This deal will make it easier for manufacturing jobs to be shipped overseas. In reality, however, the greatest threat to U.S. manufacturing jobs comes from automation and other technological advances, not from trade.

If this deal were judged purely on its economic merits, it would still be a good agreement for the U.S., but just barely — and only with important tradeoffs. But in a world where China is using its economic weight to cut new trade deals that align other countries to (less open) Chinese economic standards, TPP is very good thing indeed.

That’s why, on balance, this is a good deal for the United States and an important win for the Obama administration. 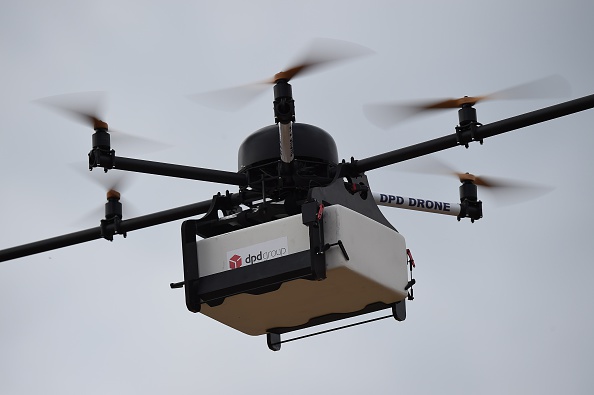 A Drone Highway in Rwanda
Next Up: Editor's Pick