This Is Why Female Sportswriters Can Go in Men's Locker Rooms

Melissa Ludtke, a writer for Sports Illustrated, is shown on the job in her office in New York, Jan. 23, 1978, when she was involved in a court case to allow women reporters in sports locker rooms.
Dave Pickoff—AP
By Lily Rothman

When several credentialed female sportswriters were denied locker-room access following Sunday’s Jaguars-Colts football game, one of them tweeted her disbelief at the situation: “It’s still 2015, right?” wondered Joey Chandler of the Tuscaloosa News.

It is still 2015, and eventually the women were able to get into the locker room to conduct the post-game interviews they had planned on, thanks to a very different year: 1978.

A few years earlier, the National Hockey League had made headlines with the decision to allow female reporters to conduct locker-room interviews after the 1975 All-Star Game. Women on that beat were still a rarity—at the 1976 Olympics, for example, only about 7% of credentialed American journalists were women—but many sports or individual teams began to follow the NHL’s lead. Within a year, women had broken a couple of major sports stories. “The locker room, perhaps the last defensible male bastion in journalism, has gone coed,” TIME proclaimed.

But not everyone was happy. In a preemptive move following the hockey decision, baseball commissioner Bowie Kuhn and the MLB decided to formally oppose the admission of women into post-game locker rooms, even with some teams that would have preferred a more open policy, like the New York Yankees. When the Yankees made it to the playoffs in 1977, Sports Illustrated assigned Melissa Ludtke to cover the series—but MLB told her that, as a woman, she could not report from inside the locker room. In a concession, players would be brought out individually to speak to her when they were done dressing. Knowing that this situation would put her and Sports Illustrated at a major disadvantage compared to other publications, Ludtke and Time Inc.—the parent company of both SI and TIME—brought a lawsuit against Kuhn.

In 1978, in U.S. District Court, it was found that despite the defendant’s argument that keeping women out was necessary “to protect the image of baseball as a family sport” and to preserve “traditional notions of decency and propriety,” the baseball policy violated Ludtke’s 14th Amendment rights to equal protection and due process in terms of “her fundamental right to pursue her profession.” Plus, there were plenty of easy ways to protect players’ modesty without barring her from the room. She was clearly being treated differently due to her sex. The court ruled that baseball could not enforce a policy keeping women out of locker rooms.

Not that the courtroom decision immediately translated into locker room change.

In 1990, the issue returned after the Boston Herald‘s Lisa Olson said publicly that players on the New England Patriots had exposed themselves to her while she was trying to work. Her revelation prompted many of the hundreds of women who were by then qualified to visit locker rooms after games to come forward with their own tales of harassment. Though many observers were outraged at the fact that the problem remained, some players and managers seemed not to care. Detroit Tiger Jack Morris went so far as to announce that he refused to talk to women when he was naked “unless they are on top of me or I am on top of them” and the Tigers’ organization president, while condemning the tone of his remark, backed him up in its general meaning, that female reporters should not be conducting locker-room interviews.

Sports Illustrated‘s Ludtke, who by then had become a TIME correspondent, reflected at that point that the earlier victory had clearly not erased sexism. Even when it was subtle, women in her field had to follow often-discriminatory norms—”If [reporters] linger in the locker room or converse in too friendly a fashion with players, they are accused of flirting and talked about in unflattering ways that in time undermine their credibility and wear them down,” she noted in TIME. However, she observed, the arrangement could work when the players and leagues allowed it to. In the NBA, for example, players would wear bathrobes or politely ask reporters to come back in five minutes after they had finished dressing. “Women in locker rooms should not be the issue in 1990,” she wrote—and yet, in 2015, it still is.

Read more of Ludtke’s reflections, here in the TIME Vault: “They Use Bathrobes” 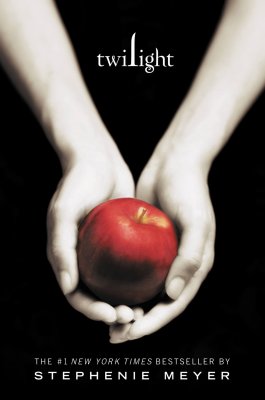 Why Twilight Became a Phenomenon
Next Up: Editor's Pick