Donald Tsang, the former chief executive of Hong Kong, appeared in court on Monday to face two charges of misconduct in public office during his seven-year tenure in the territory’s highest office. The decision to prosecute the former leader, following a prolonged probe, brought a mob of local and foreign reporters to the city’s Eastern Law Courts and is seen as an important litmus test of Hong Kong’s transparency under Chinese rule.

He arrived under overcast skies, dressed in a somber suit and accompanied by his wife Selina. The 70-year-old career civil servant, best remembered here for his perennially colorful bowties but lackluster political leadership, is the highest-ranking former Hong Kong official to face such charges. (His second in command, former chief secretary for administration Rafael Hui, was sentenced last December to seven and a half years in prison and slammed with a hefty $1.4 million penalty on five charges of misconduct.)

During his final months in office in 2012, allegations surfaced that Tsang had accepted a series of personal favors — international flights on private planes, stints on yachts, a discount on a three-story penthouse across the border with the Chinese mainland in Shenzhen — from local business tycoons while serving as chief executive. Those allegations prompted the Independent Commission Against Corruption (ICAC), Hong Kong’s antigraft body, to launch an official investigation.

In a statement released midday Monday, the Hong Kong Department of Justice said that the two charges specifically concerned the Shenzhen property. Between November 2010 and January 2012, when local authorities met to discuss the license renewal of a Hong Kong broadcasting company, Tsang allegedly failed to disclose that a major shareholder in the company was also the person with whom he had arranged the lease on the luxury apartment, purportedly at a greatly reduced rent. Also, between December 2010 and July 2011, Tsang proposed that an architectural designer named Barrie Ho be considered for a public accolade, again allegedly failing to declare that Ho had done the interior-design work at his Shenzhen flat.

Tsang stood stoically and rigidly in court as the charges were read to him. He was bailed on the rough equivalent of $13,000 in local currency.

“[The people] trusted him, and in office he did so little,” Emily Lau, a liberal lawmaker in Hong Kong, tells TIME. “Then [when the allegations originally surfaced] there was an uproar in the community. We could not believe the chief executive would do those things. He came out to apologize, but was that enough?”

Tsang admitted to the holiday trips but has repeatedly denied the accusations that they carried any political conflict of interest. At around lunchtime on Monday, two and a half hours before his scheduled appearance in court, he said in a statement to the South China Morning Post that his “conscience is clear.”

“I have every confidence that the court will exonerate me after its proceedings,” he said.

Selina Tsang issued a statement saying she was “deeply disheartened” and insisted that her husband was “beyond a shadow of doubt, a man of honesty and integrity.”

Each of the charges Tsang faces can incur a sentence of up to seven years and, according to one document published by Hong Kong’s Civil Service Bureau, they need not involve financial gain but merely “an abuse by the public official of the powers, discretions or duties exercisable by virtue of his official position.”

The prosecution says it will be summoning 24 witnesses in support of its case, 14 of them government officials. Some 4,000 pages of documents have been assembled.

Last Tuesday, the Department of Justice advised the ICAC to prosecute Tsang, the Post reported — concluding a probe that dragged on for three and a half years. Grenville Cross, who formerly served as Hong Kong’s director of public prosecutions, said earlier this year that the lengthy investigation “could make the Guinness Book of World Records,” noting that most cases here are handled swiftly.

“We have been asking the ICAC why it has taken so long, because it’s been a number of years,” says Lau. “Justice delayed is justice denied. Many people in Hong Kong have had confidence in the ICAC, but it has eroded. We suspect there has been interference in the ICAC by the chief executive and his allies.”

“I would think that he won’t have the sympathy of too many people here,” Willy Lam, a China expert at the Chinese University of Hong Kong, told TIME on Monday afternoon. “It became quite obvious early on in his first term as chief executive that he was being too cozy with the tycoons.”

Tsang is not the only chief executive to have been tainted by financial scandal. Last autumn, while hundreds of thousands of angry Hong Kongers gathered to the streets of the city to demand democratic electoral reform, current chief executive, the unpopular Leung Chun-ying, was accused of pocketing more than $6 million in “secret fees” from an Australian firm “in return for supporting its Asian business decisions.”

Leung has vigorously denied impropriety and maintained that there was no legal requirement for him to declare the payments, since they related to a period before his assumption of office. However, one of the payments was reportedly made after he became chief executive. 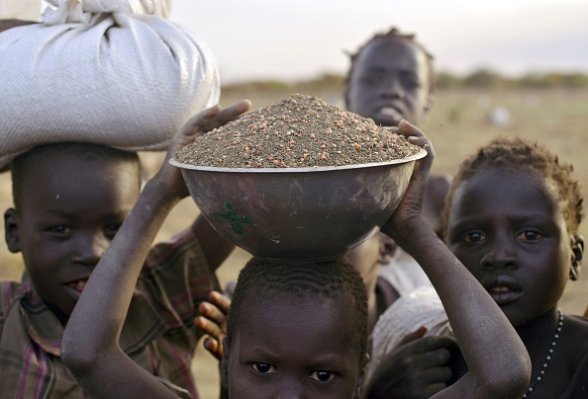 Extreme Poverty Expected to Fall Below 10% of Global Population for First Time
Next Up: Editor's Pick