Shashank Manohar, newly-elected president of Board of Control for Cricket in India (BCCI), speaks during a news conference in Mumbai October 4, 2015.
Shailesh Andrade—Reuters
By Rishi Iyengar

Shashank Manohar, the new president of the Board of Control for Cricket in India (BCCI) — one of world sport’s richest and most influential governing bodies — has promised to make solving its credibility crisis his priority.

Manohar, 58, said in a press conference after his election on Sunday that his first task would be reforming the board’s image after multiple corruption scandals, Reuters reported.

“The first priority is to clean the image of the board and restore the faith of the cricket-loving fans,” said Manohar, a lawyer by profession who assumes the presidency following the untimely death two weeks ago of veteran BCCI head Jagmohan Dalmiya. As Dalmiya also did, Manohar takes the helm of the organization for the second time, having previously served as president between 2008 and 2011.

Indian cricket’s apex body has been dogged by allegations of illegal betting in its marquee domestic tournament, the Indian Premier League (IPL) — with two of the competition’s eight teams being banned for two years in July. One of those teams, the Chennai Super Kings, is owned by former BCCI president and current International Cricket Council (ICC) chairman N. Srinivasan, whose son-in-law was implicated in the betting scandal.

The BCCI’s decision to allow its officials to own teams in the IPL was a controversial one, with a widespread perception that it created a conflict of interest in the sport’s governance.

“Nothing wrong is being done by the board,” said Manohar. “It’s a perception which has been created in the mind of the people that because information does not come out, there is something wrong in this board,” he added.

Manohar announced a number of measures to combat this perceived lack of transparency, including online publication of the BCCI’s constitution and financial details, co-opting government agencies to investigate on-field corruption and hiring an independent auditor to oversee the spending of grants from the board by state cricket associations, which total tens of millions of dollars.

He has also proposed instituting an ombudsman to rule on ethical dilemmas and conflicts of interest that may arise, with the immediate resignation of his son Adwait from the board’s marketing and legal committees signaling Manohar’s own determination not to be accused of nepotism or hypocrisy.

Manohar’s appointment was largely greeted with approval by the Indian cricket community, including founder and former IPL chairman Lalit Modi — currently living in the U.K. and facing a corruption scandal of his own.

In a post on Twitter, Manohar was hailed by Modi as “the only person capable of getting the job done.”

The straight-laced Manohar, known for not carrying a mobile phone or having an email address, also put forth a firm timeline within which he plans to show concrete results.

“Just give me two months’ time,” he said in his opening address, according to the Indian Express newspaper.

“In two months, all these things about which I have spoken will be implemented in full force.” 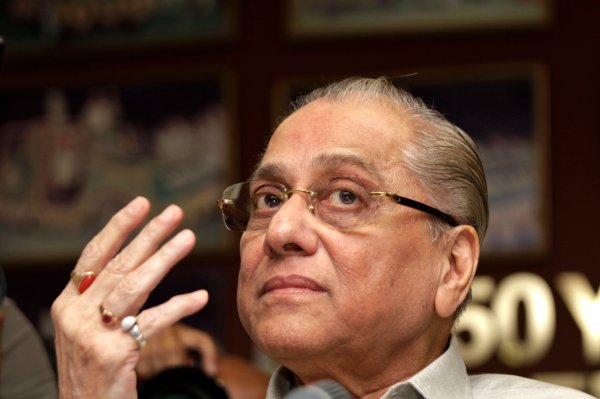 Architect of Indian Cricket's Rise Dies at 75
Next Up: Editor's Pick