Textbook Company to Update Description of Slaves as ‘Workers’ After Criticism

Textbook publishing giant McGraw-Hill will rewrite a section of a book after a Houston mother complained that the text made light of the treatment of the slaves that were forcibly brought to the Americas from Africa.

Outrage over the textbook language spread after Roni Dean-Burren posted an Instagram of a text message from her son, Coby. The freshman had sent along a photo from his World Geography textbook that described African slaves as “workers” and “immigrants.” He wrote underneath: “we was real hard workers wasn’t we” with an emoji expressing an annoyed face.

The post attracted thousands of likes, comments and shares on Facebook, with people complaining about the “whitewashing” of American history. A follow-up video—in which Dean-Burren reads aloud some of the passages in her son’s textbook under a section called “Patterns of Immigration” that seem to equate slaves with indentured European workers—went viral last week.

McGraw-Hill Education responded via Facebook on Friday, saying that after a review of the passage, “we believe we can do better.”

“[W]e will update this caption to describe the arrival of African slaves in the U.S. as a forced migration and emphasize that their work was done as slave labor,” the company’s Facebook response said. “These changes will be reflected in the digital version of the program immediately and will be included in the program’s next print run.”

This week, we became aware of a concern regarding a caption reference to slavery on a map in one of our world geography… 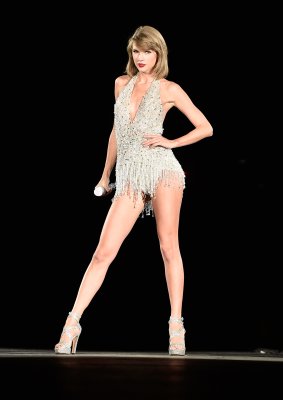 Listen to This Mellow Cover of Taylor Swift's 'Shake It Off'
Next Up: Editor's Pick