Over Half of E.U. Countries Are Opting Out of GMOs

Sixteen countries have alerted the European Union that they want to opt out of E.U.-approved GM crops.

Members of the economic bloc have until Oct. 3 to let the E.U. know if they were requesting to opt out of growing GMO produce from major companies like Monsanto, Dow, Syngenta and Pioneer, and according to the Food Navigator, a food trade publication, countries including Germany, Italy, Denmark, Bulgaria and Cyprus recently filed their requests and applications, increasing the number to 16. Exactly how many countries will ultimately opt out could be confirmed as soon as Monday.

In August, Scotland publicly said it would prohibit GMO crops out of concern that they could damage the country’s “clean and green” brand.

“Scotland is known around the world for our beautiful natural environment – and banning growing genetically modified crops will protect and further enhance our clean, green status,” Rural affairs secretary Richard Lochhead said in a statement at the time.

“A growing number of governments are rejecting the commission’s drive for GM crop approvals,” Greenpeace’s E.U. food policy director Franziska Achterberg told the Guardian. “They don’t trust the E.U. safety assessments and are rightly taking action to protect their agriculture and food. The only way to restore trust in the E.U. system now is for the commission to hit the pause button on GM crop approvals and to urgently reform safety testing and the approval system.”

The Guardian reports that environmentalists have praised the news, while industry and biotech supporters have responded to opt-outs with “weary resignation.”

“The new E.U. legislation allowing these bans is a ‘stop’ sign for agricultural cultivation that sends a negative signal for all innovative industries considering investing in Europe,” Beat Spath, the director of the industry group Europabio, told the Guardian.

The science community holds a variety of opinions on GMOs. Some members, like Jonathan Foley, executive director of the California Academy of Sciences argue the problem with GMOs isn’t necessary the technology, but the fact that they haven’t lived up to their hype. Genetically modified crops have not fully delivered on promises to drastically reduce world hungry or significantly cut down on the need for pesticides.

In the U.S., GMOs have been in the food supply for around 20 years, and are regulated by federal groups including the U.S. Food and Drug Administration (FDA). “While FDA regulates foods and ingredients, including foods made from [genetically engineered (GE)] plants, the agency neither supports GE plants based on their perceived benefits nor opposes them based on their perceived risks,” the agency says. 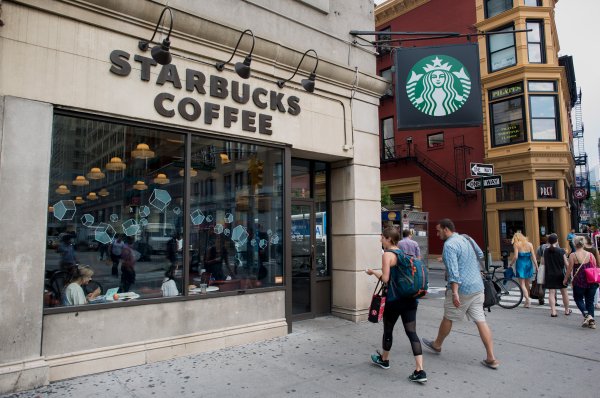 Starbucks Says Eggs Will Be Cage-Free by 2020
Next Up: Editor's Pick