The Abomination That Is Bad Coleslaw

Oxmoor House
Ideas
By Rick Bragg
Rick Bragg is the author of My Southern Journey, a contributor to Southern Living and the winner of a Pulitzer Prize for feature writing.

I almost lost my mind once, over coleslaw.

I don’t mean I got miffed, or a little bit upset, or even perturbed.

I mean, I got spitting, deranged, hollering-at-the-furniture, kicking-a-fencepost mad. The kind of mad that makes people reach for their children, and go, “Shhhhhhhhhhhh, Betty Lou. Just keep walkin’ and don’t make eye contact with the big crazy man.”

Coleslaw is one of the easiest foods to prepare, at least in regard to steps in the preparation. It is slightly labor intensive, as in the cutting of it, but there is really only one hard and fast rule.

When it does, do not put it under the noses of good people.

And this, I feel, should be a crime.

What if I really had gone crazy, from wilted cabbage and tainted mayonnaise?

I don’t think we, as a Southern society, should have to live with this abomination.

Somebody should have to pay.

It was a year or so back, when I had enough. I had a fried chicken craving going pretty strong. I had not had any good chicken in a while; I hadn’t even had any bad chicken.

I am not a chicken snob. I believe Gus’s fried chicken, from the one on Front Street in Memphis, is the best chicken in the known world. Snobs, the ones who think fried chicken should be honey-drizzled or beheaded when it’s not looking, will tell you about this great little place in Soho… We will ignore them because they are … well, we will ignore them because I say so.

Anyway, I needed some chicken, and Gus’s was nowhere close, and no one—at least no one who was speaking to me in my rough zip code—was going to fry me any, so that meant fast food or supermarket delis. I am enough of a snob to say this is not often a good idea, but I was hungry.

I do not usually do deli-fried chicken because of the fatal flaw in the supermarket fried chicken apparatus. The chicken is often fine, though I am still fairly certain that several hours under a heat lamp has never done fried chicken any good.

But that’s not the big flaw with supermarket chicken. The flaw is that, while the chicken (though perhaps old as Abraham) might taste fine, the condiments will not. Specifically, the coleslaw will not taste like anything approximating food.

The coleslaw in the deli counter even looks like something that does not approximate food. The slaw, even in your high-end supermarkets, appears to have suffered greatly from time. I don’t know what happens to slaw in a deli case but it ain’t nothin’ good. It ranges from mightily shriveled to Spanish moss to, “Oh, Sweet Lord.” People there try to fool us by making slaw out of broccoli, or apples, or other unnatural things, but there is just something in the chemical properties of cabbage that does not respond to being encased in a counter next to some dessicated teriyaki chicken wings. But I digress.

Some do not even have slaw prepared in-house. The option is the mass-produced, trucked-in slaw that you can buy in a vacuum-sealed plastic tub. This is not food, in any culture. Cabbage, unless pickled, does not respond to the passing of weeks. Neither, ugh, does mayonnaise. The rule—if I was king I would make it an edict—for coleslaw should be that it should never be anywhere near a truck. I will not eat Gulf shrimp in
St. Paul. Coleslaw should not take to the highway.

But, they sell it. They sell it because people eat it.

God help us, they do.

So, I go see the Colonel, or drive through at Popeye’s, or another fast-food option.

The Colonel is not with us anymore, and it’s probably a good thing he left this world before he even suspected that, someday, his beloved chicken restaurants—I mean, the man used to drive around to his restaurants to taste-test the gravy—would someday share a building with fast-food burritos.

I simply cannot abide this. I do not brag about awards that much, not now that I am old and no one who knows me even cares, but I am the winner of the coveted James Beard Award, which makes me a blue ribbon-wearing, bona fide expert on the preparation of food.

That is, of course, a big, fat, hairy lie. But let’s at least assume that, as the son of one of the finest cooks who has ever lived, and a man who has dined all over the world, I know the difference between a rice cake and a plate of sausage gravy. And this son of the true South cannot get his mind around the fact that the teenagers behind the glass of the drive-through are forming tacos in the same assembly line that should be devoted, heart, mind, and soul, to my three-piece dinner.

But it’s still pretty good chicken, as is the chicken offered by most of the others. (Though, Popeye’s kind of bothers me, too. I mean, it’s called Popeye’s. Why is there no Popeye? I loved Popeye. But there is not one cardboard cutout or action figure or … not even a Wimpy. I do not miss Olive Oyl. She always kind of bothered me.)

Anyway, these chains, along with a handful of others, are the logical alternative to the troubling slaw that accompanies the otherwise fine deli chicken. And so I am a fairly regular customer of their drive-through windows.

As I was that day I had that awful fried chicken jones. I went through a drive-through, got me a whole bucket and the appropriate condiments, including slaw. Slaw is perfect with chicken. It cools and balances the meal. It is said to be healthy, before you whip in a quart of mayonnaise.

I went home, turned on the Atlanta Braves to see if they have, in the past five years or so, found a way to manufacture a run, and sat down for the perfect evening, just me, my chicken, and four hours of stranded runners. I mean, my grandma could lay down a bunt.

The first bite of chicken was heavenly.

The coleslaw never made it to my lips. It had gone bad. It had probably gone bad two days before. I slam-dunked it in the garbage. It did not matter that everything else was fine. I had counted on that coleslaw. I needed that coleslaw.

I balled up my fists. I might have cursed. Yes, I did. I did curse.

I am not one of those people who will return to the drive-through and rant. I don’t call. What good does it do?

So, I just slumped on the couch, morose.

The Braves, their slump broken, were gleefully circling the bases.

Does it have to be this way?

It would be one thing if it were just fast food, where quality control often consists of, well, nothing. But I have stared suspiciously at coleslaw in even high-end places.

One of my favorite restaurants, in Baton Rouge, gave me coleslaw that, I believe, was held over from … well, dinners past. And I had just written about how good it was.

I think, among the myriad signs of the decline of life as we know it, this is, sorta, one.

It’s as if chefs and cooks and drive-through mavens have decided it is not real food, that it is not perishable at all, like a packet of ketchup or a shaker of salt.

We must stop this. We must rise up, as a people, and say no to rancid coleslaw, must stand strong in the rushing tide of apathy that threatens not just our quality of life, but life itself.

For I fear that bad coleslaw can actually kill you.

The next time you are served a half-pint of tainted slaw, do not just pick at it, regretfully and in silence. You know you have done this. You know.

No, you must raise the offensive article high above your head and shout, “Nay!”

Or go ask for a fresh one.

I make it myself now. I coarse-cut red cabbage—we call it purple cabbage—and fresh carrots.

They need to really snap when you break them. Mix in mayonnaise to taste. I use my hands.

Some people like seasonings, but it is the taste of the cabbage and carrots that I like, so I just sprinkle on a little black pepper.

I will eat it the second day, but never, ever the third, and certainly not if it has anything resembling a whang. We all know the whang. More than half the time, when we eat slaw, there is the whang.

Life is too short for the whang.

A whang, with a slash through it.

The Colonel would wear one, if he was still alive.

You know Popeye would, too.

From My Southern Journey by Rick Bragg. 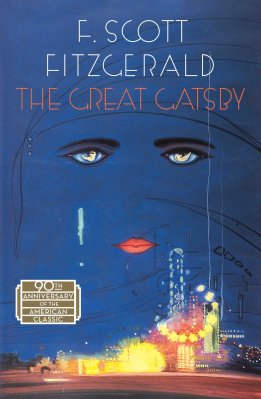 Here Are the Top 10 Reasons Books Get Banned
Next Up: Editor's Pick