In the Alaska town of North Pole, a man whose legal name is Santa Claus is running for a City Council seat.

The Fairbanks Daily News-Miner reports that Claus is one of two candidates who have launched write-in campaigns for the office. The City Council has two seats up for election this year, but no one filed for office during the regular filing period.

The Kris Kringle-dubbed candidate is the former president of the North Pole Chamber of Commerce. He is running against La Nae Bellamy and will need voters to write in his name on Oct. 6 to win the new position.

If Claus wins, we can only hope Alaska City Council members get Christmas off from work. 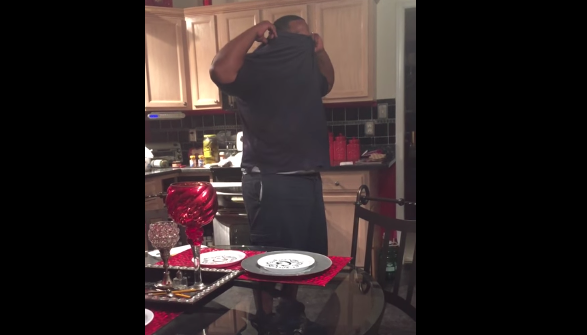 Watch a Husband's Emotional Reaction to the News That His Wife Is Pregnant
Next Up: Editor's Pick