A new study examining volcanic eruptions and the infamous dinosaur-killing asteroid proposes a compromise in which both were responsible for the great extinction that occurred about 65 million years ago.

In the study, published in the journal Science, Geologists examined the timing of the already well-researched volcanic activity in the Deccan Traps in western India, and found that those eruptions occurred within 50,000 years of the asteroid hit—a pretty narrow window in geologic time. The seismic punch of the impact may have accelerated the speed of the eruptions, making it not only likely that both events had a hand in the dinosaurs’ downfall, but difficult to tease out which, if either, was more to blame.

“The debate has been contentious,” said U.C. Berkeley geologist Paul Renne, who led the study. “Now it’s time to stop dismissing one cause or the other. They clearly happened at the same time and both contributed.”

The researchers are not the first to try to determine the age of the volcanic samples in the Deccan traps, but they used a new technique that analyzed 700 rock samples for decay rates of two isotopes of argon, which helped them date the formation more precisely than ever before. Over the course of 420,000 years following the asteroid, they concluded, the Deccan eruptions produced enough lava to cover the continental U.S. with a molten, 600-ft-deep (183 m) ocean. But U.C. Berkeley geophysicist Mark Richards offered words of consolation for those bemoaning the fate of the dinosaurs.

“We as humans wouldn’t be here if the dinosaurs had not been wiped out,” he told Reuters, quickly ending any imaginings of a world cohabited by the extinct creatures and our own species. 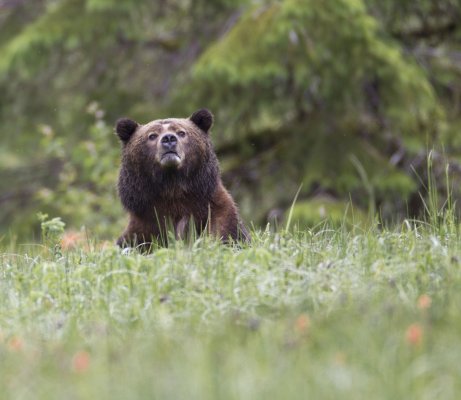 Woman Threatens Bear With Physical Violence, Bear Responds By Eating Her Kayak
Next Up: Editor's Pick