In the letter, sent soon after the 2012 school shooting in Newtown, Conn., in which 26 people (mostly children under the age of 10) were gunned down, Hanlin expressed a refusal to enforce antigun laws that he said were “unconstitutional.”

“Gun control is NOT the answer to preventing heinous crimes like school shootings,” he said.

The letter was circulated by multiple Twitter users and also reported by Mother Jones.
https://pbs.twimg.com/media/CQR7TT8WUAABlgY.jpg

Hanlin said in a press conference on Thursday that he would not name the shooter who opened fire at the UCC. “I will not give him credit for this horrific act of cowardice,” he said. 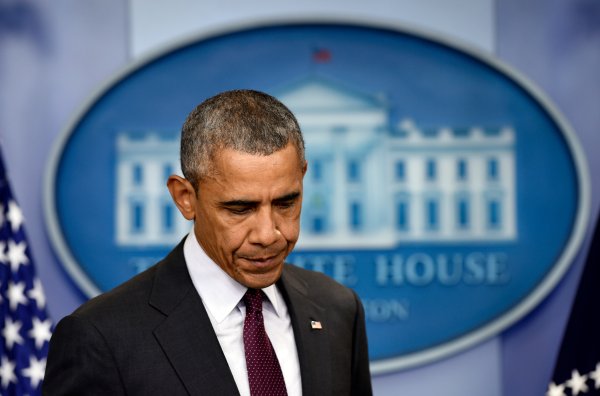 Obama Says Mass Shootings Have Become 'Routine' in America
Next Up: Editor's Pick