Nicholas Reeves, a British Egyptologist affiliated to the Egyptian expedition at the University of Arizona, right, speaks during a press conference with Egypt's Antiquities Minister Mamduh al-Damati, center, in Cairo, Oct. 1, 2015.
Nariman El-Mofty—AP
By Nash Jenkins

Egyptian officials said Thursday that the tomb of Egyptian Pharaoh Tutankhamen may also hold the remains of his legendary stepmother Queen Nefertiti, whose final resting place has long eluded researchers and archaeologists.

If the suspicion, fostered by British Egyptologist Nicholas Reeves, who is currently in Cairo, is correct, it will be the “most important discovery of the 21st century,” Egyptian Antiquities Minister Mamduh al-Damati told reporters, Agence France-Presse reports.

Reeves has postulated that covered lines on the decorated walls of King Tut’s burial chamber — first discovered nearly a century ago — could in fact be two hidden doors, one of which might lead to Nefertiti’s crypt.

“This is a conclusion based upon completely new evidence yielded by a technology to which previous generations had no access — the digital scanning of surfaces,” Reeves said at a news conference, USA Today reported. “More extraordinary still, it looks as if one of these doorways may lead to the burial of Nefertiti herself.”

Al-Damati — who said he is “70% certain” that an investigation will prove successful — is working to gain permission to use advanced radar technology to survey the tomb in November.

Some scholars have speculated that Nefertiti and Tutankhamen share a tomb because of the latter’s sudden death: faced with no other alternatives, those responsible for his interment placed him in the tomb intended for his stepmother. 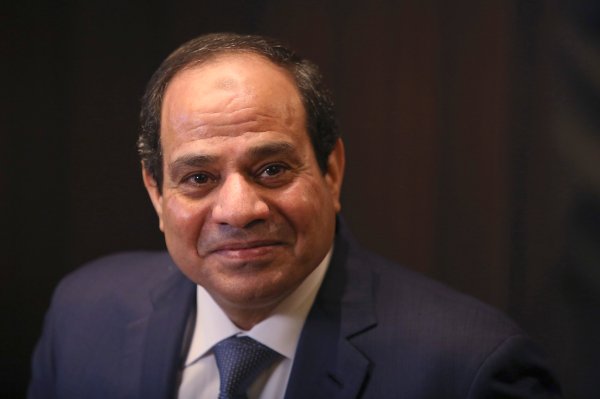