India filed its climate action plan at the U.N. Climate Secretariat in Germany’s Bonn Thursday, becoming one of the last major global economies to release its goals for tackling climate change ahead of December’s landmark Paris Climate Conference.

In the document, known as the Intended Nationally Determined Contributions (INDCs), the Indian government said it would reduce carbon emissions relative to its GDP by 33% to 35% from 2005 levels by 2030, reports the Associated Press. India also pledged that 40% of the country’s electricity would come from non-fossil fuel-based sources, such as wind and solar power, by 2030.

All of the 190 countries participating in the COP21 talks in Paris are expected to publish INDCs, which list each country’s carbon emission reduction goals. The targets are intended to hold nations accountable to preventing global temperatures from rising by more than 2ºC. Scientists say that temperatures must stop rising soon to prevent catastrophic harm to the planet.

India is the world’s third largest carbon emitter, behind the U.S. and China.

Eighty-six countries have drafted INDCs to date ahead of the conference, according to the Climate Group. 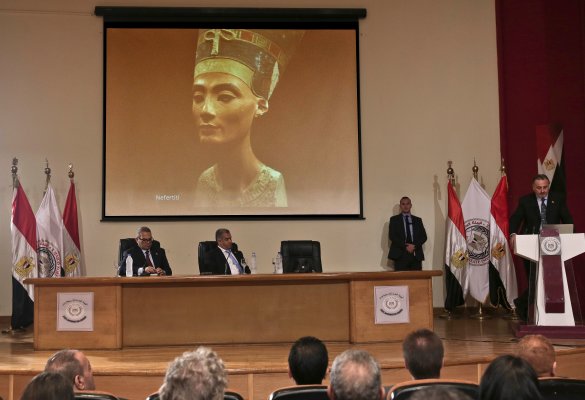 King Tut's Tomb May Hold Nefertiti's Remains as Well
Next Up: Editor's Pick