The New York Jets Thought It Necessary to Take Their Own Toilet Paper and Hot Sauce to the U.K.

Bilal Powell #29 of the New York Jets runs against the Philadelphia Eagles during their game at MetLife Stadium on September 27, 2015 in East Rutherford, New Jersey.
Al Bello—Getty Images
By Helen Regan

Transporting the New York Jets across the Atlantic for their match against the Miami Dolphins at London’s Wembley Stadium on Sunday was clearly an enormous feat of meticulous planning and logistical precision.

Apart from ensuring that a player isn’t left behind while browsing duty-free, and the requisite arsenal of bulky plug adapters, the team is importing 350 rolls of top-quality American toilet paper, which, according to the New York Times, is “to replace the thinner version used in England.”

But far from the remote tundra of the Arctic (or even the Scottish Highlands), the players will be traveling to London — one of the world’s most cosmopolitan capitals. That hasn’t stopped the Jets from also shipping over condiment “staples” such as hot sauce and barbecue sauce, as they are evidently unsure as to the quality of those on offer across the pond.

The condiments and toilet paper are just a few of a whopping 5,000 items, “ranging from cereal and extension cords to gauze pads and wrist bands,” that were loaded onto a shipping container and transported to the U.K., along with supplies for all six NFL teams playing in London this season.

To ensure the players are well catered for, the team also flew the chef from their London hotel to New York City to observe how the food was cooked and served at their headquarters — so we can assume there will be no British delicacies such as jellied eels (yes, it’s a thing) or chips and curry sauce (yum) served up for dinner.

“Some say that’s a little over the top or whatnot, but it didn’t really cost that much you know?” Aaron Degerness, the Jets’ senior manager of team operations told the New York Times. “We’re basically trying to replicate everything that we’re doing here over there.” 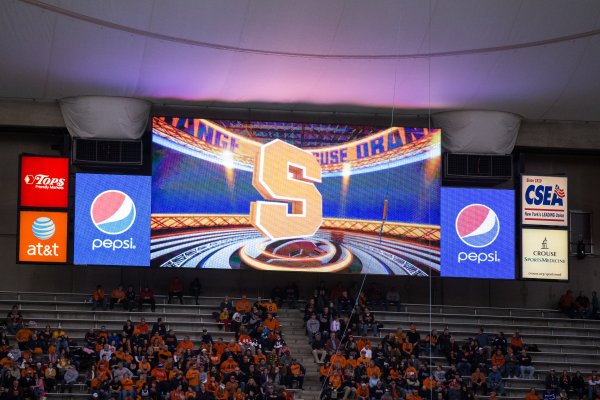