Why the U.S. Military Isn’t Winning

In June 2014, the Islamic State of Iraq and Greater Syria swept through Mosul, Iraq’s second largest city, and drove out the Iraqi forces that the U.S. had spent $20 billion training and equipping. Last May, they did much the same in Ramadi, the capital of Iraq’s Anbar Province. This week, the Taliban—the Islamic fundamentalists running Afghanistan who sheltered Osama bin Laden as his lieutenants plotted the 9/11 attacks—retook the northern Afghan city of Kunduz after the U.S. invested $60 billion building Afghanistan’s military. It marked the first time the Taliban have taken a provincial capital since 2001.

Taliban leader Mohammed Omar has been dead since 2013. Navy SEALs hunted down and killed bin Laden in 2011. The U.S. regularly announces it has killed assorted ISIS leaders, and has said it has killed more than 10,000 of their followers. So how come after spending all this American money, and the deaths of so many of its adversaries, cities governed by leaders allied with the U.S. keep falling into enemy hands?

The answer is pretty straightforward: there are two basic building blocks of war: weapons and will. The U.S. can spend billions arming and training friendly forces, but if they lack the will to fight, no arsenal is going to save them in the long run. Both Afghanistan and Iraq suffer from weak, U.S.-nurtured central governments, which has led to ill-trained and poorly performing troops.

But that lack of will doesn’t apply only to U.S. allies. Much of the responsibility must be borne by the U.S. itself. Beyond cheering from the sidelines, the American public has been AWOL in the nation’s post-9/11 conflicts. Only 1% of the nation has shipped out to war. Congress has refused to declare war on any nation the U.S. has attacked, the better to escape responsibility when things go south (as they invariably do). Requiring a declaration of war—as the founders intended—would push the nation toward fully resourcing a conflict. That would raise the bar, resulting in fewer wars with better outcomes.

Beyond the citizens and Congress, the military bears responsibility. U.S. military officers knew back in 2001 that trying to rebuild Afghanistan without eradicating the terrorist groups just over the border in Pakistan (home to bin Laden’s retirement villa) meant the U.S. could never really fix Afghanistan. Yet they saluted and pressed on, ignoring that sucking chest wound in the U.S. strategy. While the Pentagon brass was gung-ho to invade Iraq in 2003, its war plans petered out about the same time U.S. seized Baghdad, with little thought as to what would come next. Not to mention the crime of recycling a too-small force repeatedly back into combat, with all the resulting collateral damage back home.

The Persian Gulf War is cited by military officers as the last U.S. military victory. The 1991 conflict had a clear goal: drive Saddam Hussein’s forces out of Kuwait, which the U.S. and its allies did in about a month. The second Iraq war, and the war in Afghanistan, lacked such a concrete objective. That let them drag on far longer that their architects anticipated, and sapped public support for them. Just as important, the U.S. sought to wage those wars on the cheap (hard to believe, given the 6,857 lives and $2 trillion already spent).

Such efforts only make the U.S. look feckless, when the original rosy projections bear little resemblance to what’s left behind. The resulting wreckage has generated opportunities in the region for Iran and Russia to exploit. It’s no fun watching more than 200,000 Syrians die amid a civil war, but the notion that the U.S. military can bring order to chaos rooted in centuries of religious intolerance is absurd.

Amid the turmoil in Afghanistan, Iraq, Libya and Syria triggered, to one degree or another by U.S. intervention, the national conversation sometimes seems delusional. On Sept. 25, President Obama feted retiring chairman of the Joint Chiefs of Staff, Army General Martin Dempsey. “Today, thanks in no small measure to Marty’s leadership, America has reassured allies from Europe to the Asia-Pacific,” Obama said. “We ended our combat mission in Afghanistan and brought America’s longest war to a responsible end”—three days before Kunduz fell to the Taliban. The President praised his top soldier for leading “the greatest fighting force the world has ever known.”

That’s true. But it’s also largely irrelevant. That’s because the fire that’s consuming this corner of the globe isn’t the heart of the problem—it’s the underbrush fueling the fire. “The real challenge that we have to face is there’s an ideological battle going on here, and what is the plan to confront that?” Lieut. General Bob Otto, the Air Force’s top intelligence and surveillance officer, said Thursday. “This isn’t a military issue.” 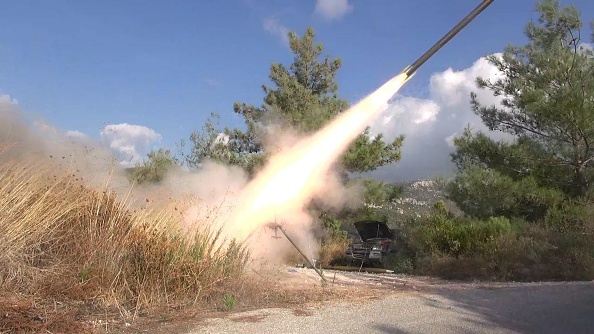