How a Vaccine Is Like a Banana — and Why That's Good

No secrets: vaccine ingredients have nothing to hide
Mel Melcon—LA Times/Getty Images
Ideas
By Jeffrey Kluger
Jeffrey Kluger is Editor at Large for TIME magazine and the author of ten books, including Apollo 13, Apollo 8 and two novels for young adults. He has written more than 40 cover stories for TIME on topics ranging from space to human behavior to climate to medicine. Along with others at TIME, Kluger is an Emmy nominee for the web series A Year in Space.

For once, the antivaccine folks might be onto something. Want to see just a few of the chemicals that get pumped into the bodies of babies from the average vaccine? Try these: 2-methyl-butyraldehide, ethyl ethanoate, tocopherol, alpha-terpanine and a wicked slug of terpinyl-acetate. It’s a wonder our kids ever make it out of babyhood.

One of the greatest misconceptions of the antivaxxers — and plenty of others — is that there’s some binary divide between anything that is chemical (and thus very bad) and natural (and thus very good). But nature is chemistry down to its last electron. For that matter, you’re nothing but chemistry, and while most of your body might be made of carbon, oxygen and hydrogen, there’s a nice helping of such nasties as lithium, strontium, aluminum, silicon, lead, vanadium and arsenic sprinkled in.

That doesn’t stop the antivax crowd from howling about the ostensible toxins in vaccines and daring nonbelievers to try — just try — to read the package inserts and not come away terrified. O.K., so let’s do that.

Package inserts are all available through the Johns Hopkins Bloomberg School of Public Health. While any concerned parent is free to read them all (and then talk to a doctor for perspective on what they learn), let’s focus on just three: the diptheria and tetanus and measles-mumps-rubella vaccines, as well as one of the numerous influenza vaccines. The U.S. Centers for Disease Control and Prevention (CDC) also provides a complete list of all of the ingredients in all vaccines, as well as an explanation of their purpose. (This easy access to information does, incidentally, give the lie to the antivaxxers’ claim that vaccine ingredients and potential side effects are a dark secret closely held by a big-government and big-pharma cabal.)

Of all of the ingredients in common vaccines, it’s the metals that get the antivaxxers most exercised — specifically thimerosal and aluminum. Thimerosal is the real boogeyman, since it is a form of mercury, a known neurotoxin. But the key word here is form of mercury — and not all forms are equal. As the World Health Organization makes clear, it is methyl mercury that is the one that causes problems, since it tends to linger in the body—with a half-life of six weeks—and it collects in tissues.

Ethyl mercury is the kind that’s used as a preservative in a small minority of vaccines — mostly flu and a few multidose formulations — and is a whole different chemical beast. It’s processed in the gut, which means it moves through and out of the system quickly, with a half-life of less than a week. It is used in exceedingly small quantities in the vaccines in which it is found and, despite all the scare stories, there has never been any scientific evidence at all that it causes harm.

“Just because something in large quantities is bad for you doesn’t mean something in small quantities is,” says Dr. Jeffrey Weiser, chair of the Department of Microbiology at the New York University Medical School.

What’s more, we’d be a lot poorer without thimerosal’s presence in the vaccines that need it. That lesson was learned early and painfully in 1928, when a dozen children in the Australian town of Bundaberg were killed by a diphtheria vaccine that had been infected with staph. The answer wasn’t to quit vaccinating — of the 125,000 children born in Australia each year at that time, 500 died of diphtheria — but to make the vaccines sterile and safe.

“Maintaining sterility in vaccines is important, and that’s why thimerosal is included,” says Weiser.

Aluminum is even less of a cause for worry. It’s included in vaccines as an adjuvant — or immune-system stimulant — and if you want to avoid the metal entirely, well, you’ve kind of come to the wrong planet. Aluminum is abundant in the environment, it’s common in food preparation and it has a low toxicity even in large amounts. As long as your diet doesn’t include eating a complete roll of foil every now and again, you’re probably fine.

The biggest nonmetal monsters on the antivaxxers’ enemies list are formaldehyde and formalin. In fairness, neither one sounds terribly baby-friendly, but how they sound and what they actually do are entirely different. The only thing either formaldehyde or formalin kill in a vaccine is the virus that’s used to trigger the immune reaction in the first place. The concentration that’s left after the vaccine is fully processed is vanishingly small and utterly harmless — as billions of shots administered since Jonas Salk perfected the killed-virus polio vaccine in 1955 have proved.

As for the other chemical baddies? Nearly every one of them has at least some analog in food, in the environment, in infant formula, even in breast milk. Many of them too would be dangerous, even deadly, if administered in isolation or in massive quantities — which is exactly why there is not a vaccine that has ever been made that does either of those things.

The side effects listed in vaccine package inserts make for even scarier reading than the ingredients list. But here too we need to get smarter — and in this case, you’d think we’d be inured to such things by now. The list of often lethal side effects that may be caused by some prescription drugs has become little more than the Muzak of pharmaceutical commercials — something that buzzes around you but that you have long since quit noticing.

The reason for the disclosure in both cases is simple: if a possible side effect to a drug has so much as been observed — no matter how infrequently and no matter the absence of any established causation — it must be included in the warnings list. In some cases, the side effects are real. Just as people taking statins may indeed experience insomnia, a vaccinated baby may indeed become briefly feverish or fussy. (The CDC has a complete list of all risks associated with all vaccines, with odds and explanations included.) But much of the time, mentioning a side effect at all is less about warning people of a real risk and more about checking off a regulatory box.

“If you look at huge populations of children and adults receiving these vaccines,” says Weiser, “there just have not been significant problems.”

None of that will stop the antivax crowd from claiming otherwise or seeing conspiracies where none exist. It is only when a real problem occurs — when an unvaccinated child comes down with a preventable disease — that too many of them listen. And by then it’s too late. 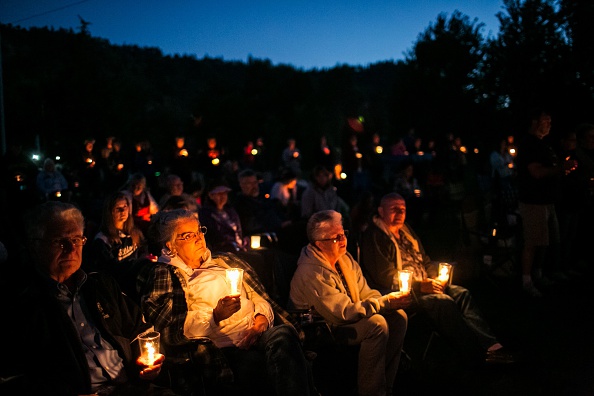 How We Can Treat the Gun Violence Epidemic
Next Up: Editor's Pick