Why the NFL, NCAA, and MLB Are Closely Monitoring Hurricane Joaquin

A major storm is brewing in the Atlantic Ocean, and a number of big sporting events could be affected over the weekend, meaning headaches and potential added costs for the likes of the MLB, NFL and NCAA.

The path of the storm — dubbed Hurricane Joaquin — is not yet certain, which is casting a “cone of uncertainty” over the weekend plans for millions of people who could be in the storm’s path when/if it makes landfall on the East Coast sometime in the next couple of days.

While forecasts are varied, it’s possible that Joaquin could dump 10 inches of water on the East Coast through the weekend, while Fortune reported yesterday that the storm’s economic impact in the region could cost the U.S. economy billions of dollars (in terms of damage, disrupted travel and production, and the impact on retailers) in a worst-case scenario.

For major sports leagues, Joaquin’s impact is also hanging over the upcoming weekend like a dark cloud (pun intended) that could force any number of baseball and football games to be delayed, postponed, or even moved to alternate venues.

The start times for some MLB games have already been moved, including Thursday games in Baltimore and Philadelphia originally scheduled for the evening but moved back to start earlier this afternoon (though the Orioles game featured a rain delay, regardless). In fact, the storm could even end up affecting baseball’s playoffs, with the New York Yankees set to finish their season with a three-game series in Baltimore over the weekend that could get washed out, thus delaying the Yankees from attempting to win home-field advantage in the American League wild-card playoff game.

Football games are more likely than baseball games to be played in spite of inclement weather, but both the NFL and the NCAA still face difficult decisions with the potential for dangerous amounts of rain and wind this weekend. Sunday’s game between the Philadelphia Eagles and Washington Redskins in D.C. could potentially be affected along with the University of Michigan’s Saturday game at the University of Maryland. The Maryland-Michigan game has already been moved back from an 8 p.m. start to noon, while CBS reports that the Eagles-Redskins game could be moved to a weekend next month when both teams have a bye scheduled. Duke University’s athletic department is even offering discounted tickets for the school’s Saturday game against Boston College depending on the forecast.

It is difficult to gauge the economic impact of moving or postponing any game on individual teams, especially considering that many professional teams have insurance policies that cover events such as weather-induced delays or relocation and can help them recoup the millions of dollars at stake in ticket, food and merchandise sales. Last year, a giant snowstorm in Buffalo forced the Bills to move their home game against the Cleveland Browns to a neutral location (Detroit’s Ford Field), at which point the team told reporters that both the Bills and the NFL carry insurance that would help recoup some of the lost revenue. What’s more, since there’s no chance the games will be canceled (as in, not played at all, ever), the teams don’t stand to lose out on the big payday that is revenue from the television rights for the games once they are eventually played. 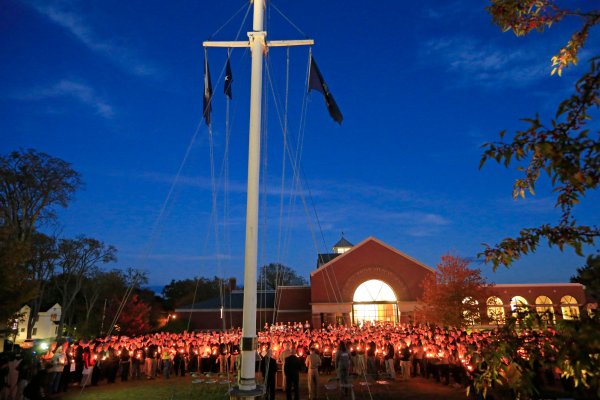 Coast Guard Calls Off Search for Missing Cargo Ship
Next Up: Editor's Pick