The Top 5 Most Expensive Hurricanes In U.S. History

In this handout from the National Oceanic and Atmospheric Administration (NOAA), Hurricane Joaquin is seen churning in the Caribbean.
Handout—Getty Images
By Laura Lorenzetti / Fortune

Hurricane season has been relatively quiet this year as the first storm of the season, Hurricane Joaquin, is poised to hit the Bahamas before possibly making landfall in the United States.

The U.S. may have lucked out this year, especially when looking back at what some of the worst hurricanes have ended up costing.

All told, the five worst hurricanes have racked up a total price tag of $250 billion, according to data from the National Oceanic and Atmospheric Administration. Here are the five most expensive hurricanes and what they cost.

Hurricane Wilma was overshadowed by a much larger and far more expensive hurricane during 2005 (see below). However, the storm caused the largest disruption to electrical service ever in Florida after it hit the southern portion of the state.

Hurricane Andrew’s huge winds, estimated at Category 5 strength, wreaked havoc once the storm hit land in southeast Florida before it went on to hit south-central Louisiana. Most of the costly damage was in Dade County, Fla., wrecking about 125,000 homes.

Hurricane Ike was massive, though one of the weaker hurricanes at only a Category 2 level. The wide reach of the hurricane is what led to large storm surges along the Texas and Louisiana coastlines, along with substantial wind damage inland from Arkansas to Tennessee, and all the way into Michigan.

Hurricane Sandy was another huge hurricane with winds that swept damage over wide areas, from coastal New Jersey up through New York. About 8.5 million people lost power, some for weeks, and nearly 650,000 homes were damaged or destroyed.

Hurricane Katrina is the most expensive natural disaster in U.S. history. Most of the damage fell along the Gulf Coast, hitting Mississippi, Alabama, and southeast Louisiana. The destruction was monumental after the levees broke in New Orleans and flooded 80% of the city. The damage continued inland, as well, as high-powered winds swept through the southeast and midwest. 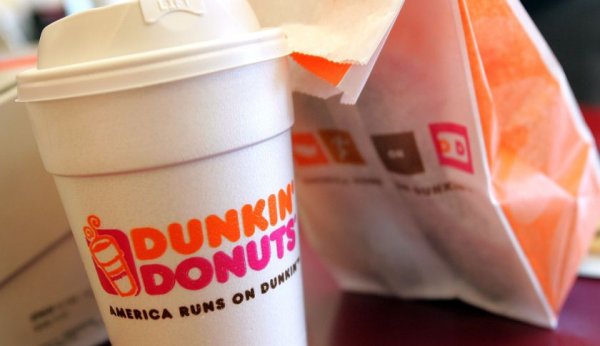 This Is Why Dunkin’ Donuts Is Closing 100 Stores
Next Up: Editor's Pick