Donald Trump’s old boarding school was bought by Chinese investors Wednesday after it filed for bankruptcy in March.

The New York Military Academy was purchased at a bankruptcy auction for almost $16 million, the New York Times reports, by nonprofit group The Research Center on Natural Conservation, which is run by Chinese investors. The sale still needs the approval by a judge in the bankruptcy court, but that could come within the next few weeks, with the school reopening soon after.

Randy Clark, the supervisor of the town of Cornwall, told the Times that the new owners might recruit Chinese students to attend the academy.

Trump often invokes China in his speeches on the campaign trail as evidence that America’s presence in the world is weakening, saying the nation is “killing” the United States on trade. But just as often, he says that he “loves” China.

The billionaire real estate mogul and Republican presidential candidate did not make a bid on his alma mater. 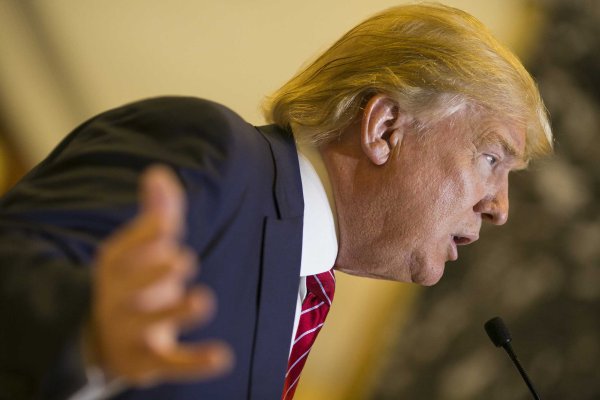