The Difference Between Kim Davis and a Conscientious Objector

Kim Davis speaks to Paula Faris on Sept. 21, 2015.
Ida Mae Astute—ABC/Getty Images
Ideas
By Gene Robinson
Gene Robinson is the retired Episcopal Bishop of New Hampshire, a Senior Fellow at the Center for American Progress, and the author of God Believes in Love: Straight Talk About Gay Marriage.

The inmates at Curran-Fromhold Correctional Facility apparently were not the only law breakers Pope Francis met with during his brief visit to the U.S. The Vatican has now confirmed that the pope met privately with Kim Davis, the county clerk in Rowan County, Ky., who notoriously went to jail rather than issue marriage licenses to same-sex couples in her jurisdiction.

Davis broke the law and appears to be neither repentant for what she did nor sorry for the decision she made, which landed her in jail for five days. Rather, she seems proud of her act of civil disobedience, vows that she would do it again, and sincerely seems to believe she is taking one on the chin for Jesus. She has become a celebrity among those conservative Christians who condemn homosexuality and the recent Supreme Court ruling declaring marriage equality a constitutional right.

It is reported that the pope spent about 15 minutes with Ms. Davis and her husband. While he didn’t mention her by name, his comments during an in-flight press conference Sunday seem to suggest that he supports “conscientious objection” to the issuing of marriage licenses to same-sex couples. Davis seems to believe that according to her understanding of scripture, marriage is simply not possible between two people of the same gender.

The pope is correct in saying that many people feel they have the right to defy a law that seems unjust or immoral, but he is wrong to think that violators of a law should go unpunished. Let’s be clear: Those who engage in civil disobedience do so knowing that they will be punished. The strategy of civil disobedience is to have enough people paying such a high price that society reels from the cruelty and unfairness of it, and pressures legislators to change the law. Conscientious objectors don’t whine about going to jail. The whole point of civil disobedience is to go to jail—and to inspire others to go to jail—until society can’t take it anymore and demands a change in the law that sent them to jail. Think of Gandhi non-violent protests in South Africa and India, the anti-apartheid movement, African Americans in the 60’s, Vietnam protesters in the early 70’s, etc.

Pope Francis seems to be a wonderful human being and Christian. Like the Dalai Lama and Archbishop Desmond Tutu, his goodness, kindness and compassion transcend the usual religious boundaries. However, when asked about this pope, I also add, “So far, so good.” I have been saying, over and over again, that this pope, with a winning persona, has changed the tone of the papacy—which, admittedly, must feel to many Catholics like a cool drink of water in the desert, compared to the tone of his two predecessors. But while tone matters, there have been no substantive changes in the teaching, doctrine or policy of the church.

With respect to people like me, who are gay, lesbian, bisexual or transgender, we are “intrinsically disordered,” so says the church. Let that sink in. “Intrinsically” means there’s not a damned thing you can do about it; it’s just the way you are. “Disordered” means nature has made a categorical mistake with you, you are fundamentally flawed, and the most you can hope for from the church is pity, but what you will probably get instead is condemnation and exclusion.

If the feel-good “Francis effect” lulls people into ignoring these teachings of the Roman Catholic Church, of which he is the head, then shame on us. I believe Pope Francis has picked the wrong issue and the wrong messenger to teach about civil disobedience. Davis has not been denied the right to conscientiously object; she has simply been denied the right to get away with it without paying a price.

I agree with the pope on one point: Davis has a right to her opinion, and though I disagree with her, I would fight to the death to defend her right to believe what she wants. But the controversy surrounding this county clerk is not about what she believes, but rather about the job a county clerk is required to do by law, which includes issuing marriage licenses to those qualified couples who apply for them. Kim Davis has a constitutional right to her opinion, but she does not have a constitutional right to stay in a job whose duties she is unwilling to perform.

If Davis’s conscientious objection doesn’t inspire anyone else to go to jail for the same cause, then she is not a hero, but merely an outlier and a one-off lawbreaker. Even if he opposes marriage equality, the pope would do well to stay away from this one.

The Rt. Rev. V. Gene Robinson is a Senior Fellow at the Center for American Progress, Washington, DC, and the retired Episcopal Bishop of New Hampshire. Follow him on Twitter @BishopGRobinson 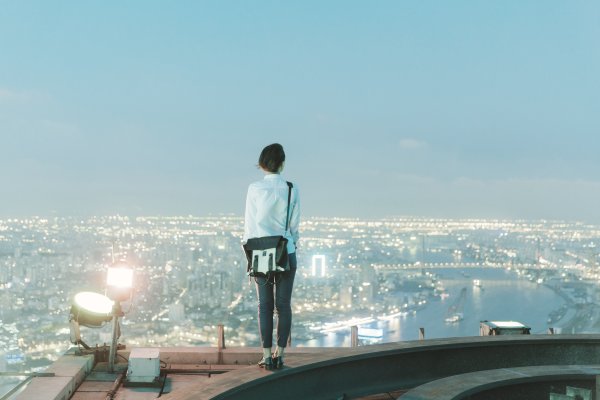 The Problem With 'Following Your Dreams'
Next Up: Editor's Pick