Eli Broad, the billionaire philanthropist and Los Angeles power broker, made his first fortune as a developer and his second with an asset-management firm. But as with Bill and Melinda Gates, these days the chief occupation of Broad (rhymes with road) and his wife Edythe is giving a lot of that money away. Their various foundations have devoted billions to education reform, medical research and the arts. As he likes to say: “I don’t do anything in moderation. When I get involved, I really get involved.”

Indeed, when he and Edythe began seriously collecting art in the 1970s, they really got involved, amassing more than 2,000 works by some 200 artists. Since 1984 most of that work has been held by the Broad Art Foundation, a kind of lending library that circulates work to museums and exhibition spaces around the world. For years it was spread out among five storage facilities in the L.A. area–a problem not readily solved by a visit to the Container Store. Which is why the Broads have just opened a sizable new museum in L.A. called–what else?–the Broad.

It hasn’t been an entirely smooth trip. Broad, 82, long talked about eventually donating his collections to a museum, and for a time it appeared the Los Angeles County Museum of Art (LACMA) might be the beneficiary. So it seemed in June 2003, when LACMA signed an agreement with Broad to construct an entire building on its campus to display his art. In reporting on the deal, the New York Times said LACMA was moving ahead “with the understanding that all the art will be left to the museum.” LACMA erected a Renzo Piano–designed building, to which Broad donated $50 million for construction plus $10 million to acquire new art. But in January 2008, just before it opened, Broad dropped a bomb: he had decided to hold on to his stuff.

“There was never a promise to give it to them,” he says now, adding that the decision wasn’t a vote of no confidence in LACMA but an outgrowth of his misgivings about what typically happens when any museum gets a large private collection. “Ninety percent ends up in storage. That wasn’t what I wanted.” What he wanted was his own museum, a prerogative wealthy American collectors have exercised since Isabella Stewart Gardner opened hers in Boston in 1903. In the L.A. area alone there are museums bearing the names of Armand Hammer, J. Paul Getty and Norton Simon.

Five years ago Broad chose a parcel in downtown L.A. as his build spot. For years he had struggled to get the city, the county and private developers to work toward making downtown a true urban center, something patchwork L.A. has never had. So much the better that the site was across the street from the Museum of Contemporary Art, which Broad co-founded in 1979 and rescued from bankruptcy seven years ago. Better still, it was next door to Frank Gehry’s magnificent Walt Disney Concert Hall, which might never have been built without Broad. In the mid-1990s, when that project seemed permanently stalled, he spearheaded a new funding campaign. Add his own museum to that stretch of Grand Avenue and it might as well be called Broad Way.

But Broad’s civic involvements can be a mixed blessing. He’s a hands-on benefactor, and as a former developer he keeps an especially close eye on building projects. While rescuing the Disney Hall, he tried to hand off Gehry’s revolutionary design to an outside architectural firm. In the 1980s he had done just that with a Gehry design for his own home in Brentwood, a project the architect then disowned. (Broad had been frustrated that Gehry took so long to arrive at a final model.) The prospect of an adulterated version of the Disney so enraged Gehry that he threatened to quit. In the end, Broad backed down, Gehry executed his own designs, the Disney Hall emerged as the masterpiece it is, and the two men reconciled. Moral of the story: Broad can be a force for good, so long as he doesn’t always get his way.

In 2010, the commission for the Broad went to Diller Scofidio + Renfro, the firm famous for New York City’s High Line park, a meandering promenade and tourist magnet built into an old elevated railway line. At a press preview a few weeks ago, when architect Elizabeth Diller thanked “everyone” for being closely involved with the project, she added with a laugh: “Maybe Eli too closely. We were duly warned!” But she also said their design was “uncompromised.” Her husband and professional partner Ric Scofidio says the completed $140 million museum “is very, very close to our original concept.”

That’s a good thing, because the concept works–a three-story, 120,000-sq.-ft. (11,150 sq m) box wrapped in a tautly patterned exterior. The architects call it “the veil”–a white honeycomb of 2,500 lozenge-shape panels of fiberglass-reinforced concrete, with a curving indentation that holds an oval window. That veil solves a problem: How do you compete with the explosive forms of the Disney Hall next door? Their answer: You don’t–that way lies madness. Instead you chime in. The basket-weave surface creates a subdued rhythmic pulse that plays counterpoint to the multiple crescendos of the Disney, a dialogue that never devolves into a squabble.

At its north and south ends the veil lifts to produce triangular, glass-enclosed entries that lead to an unusual lobby, a dimly lit grotto of polished plaster formed into slate gray biomorphic bulges. There’s no ticket counter–general admission is free. Further in are galleries that presently hold recent acquisitions but in the future will house temporary shows that the museum’s director, Joanne Heyler, says will “really drill deep into the work of an individual artist, not just with our collection but also with loans.”

From the lobby visitors head up to the third-floor galleries, where pieces from Broad’s collection will be rotated into display in nearly an acre of column-free space. They can ascend via a cylindrical glass elevator or a stairway that offers a view into the second-floor “vault” where the rest of the holdings are stored. But most will probably take an escalator that rises through a kind of tunnel–think birth canal–that deposits its riders into the brightness of the galleries from the relative darkness of the swelling lobby-womb.

On that floor the panels of the veil reappear overhead as deep skylights that admit diffuse illumination into the galleries. They also provide a warped grid pattern across the entire ceiling, one that animates the space but, at 23 ft. (7 m) above the floor, doesn’t compete with the art. “Our goal here,” says Diller, “was to give the galleries character while also dialing back the architectural statement so that there’s room for the art to breathe.” Mission accomplished.

The Broad has considerable depth in some important artists: galleries devoted to Andy Warhol, Jasper Johns, Jeff Koons and Cy Twombly amount to virtual miniretrospectives. But though it has work by L.A.-based artists, including foundational figures such as John Baldessari and Ed Ruscha, the collection omits quite a few SoCal notables, including the ceramic sculptor Ken Price and British transplant David Hockney. In many parts of the museum you sense the gravitational pull that big New York galleries have had on the Broad’s tastes, from Mary Boone and Leo Castelli in the 1980s to Larry Gagosian now. (Naturally there’s a Damien Hirst dot painting, the last word in inert merchandise.) But the collection is still growing by about 50 works per year. “And that will continue,” says Heyler. “We don’t intend to slow down.” On Broad Way, they’re already off to a running start. 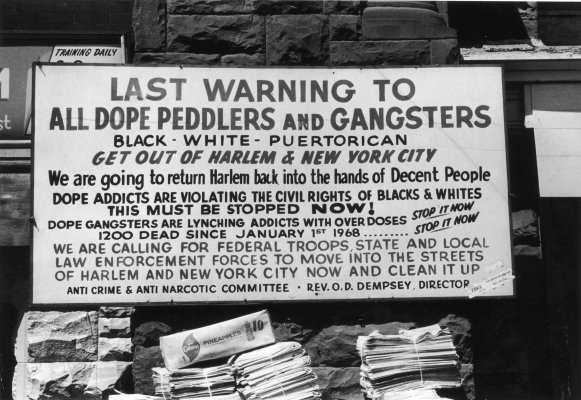 Black Silent Majority and What We Can Learn From History’s Criminal Justice Reformers
Next Up: Editor's Pick