Another Book About Wizarding Boarding School

Imagine what the Harry Potter books would look like if Draco Malfoy were a) Harry’s roommate, b) a vampire and c) in love with Harry. Or wait, you don’t have to! Because Rainbow Rowell has already done it in an outrageously enjoyable novel called Carry On. The book takes place at the Watford School of Magicks, a boarding school for young wizards, among whom is one Simon Snow. Snow is well known to be the Chosen One, but he doesn’t quite fit the profile or feel it. He never seems to know what’s going to come out of the business end of his wand, and he’s increasingly disaffected with the whole business.

Carry On isn’t fan fiction, but it plays off Harry Potter, using those books as a springboard to reach raw, vivid and frequently hilarious heights all its own. (Snow actually began life in Rowell’s 2013 novel Fangirl.) It’s a brilliantly addictive, genuinely romantic story about teenagers who can’t be neatly sorted into houses, coping with stress and loss and the confusion of just trying to be who they are. It’s as if Rowell turned the Harry Potter books inside out, and is showing us the marvelous, subversive stuffing inside. 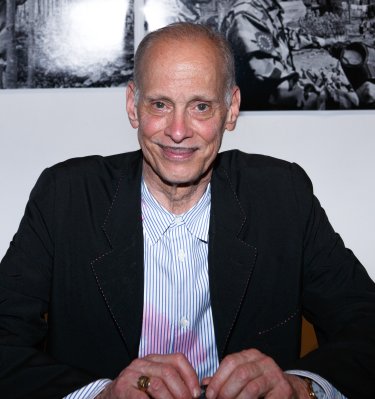 John Waters's Viral Commencement Address Will Be Published in Book Form
Next Up: Editor's Pick