Before Harry Potter was whisked off to Hogwarts, he lived under the abusive reign of his Uncle Vernon and Aunt Petunia, who gave him dog biscuits for Christmas gifts and forced him to sleep in a cupboard beneath the stairs of their suburban home. And now, the BBC reports, the latter experience can be yours: in London, a bed shoved into a closet under a staircase — an experience advertised as a “furnished flatshare” — is currently going for a monthly rent of what amounts to $760.

The listing came to light after a 23-year-old Twitter user named Alex Lomax went to visit the property, which she would have shared with three other people, she told the BBC. Afterward, she tweeted pictures of the room which have since received more than 5,700 retweets. She also saw the too-obvious Harry Potter parallel.

The flat is located in the southwest London neighborhood of Clapham — dubbed “the worst place in London” by Vice — which is similar in scene to New York City’s Murray Hill: a trendy, gentrifying enclave largely occupied by 20-something finance types who tend to live as if the weekends of their undergraduate days never quite ended.

Or, judging by that cupboard, that Hogwarts had never begun. 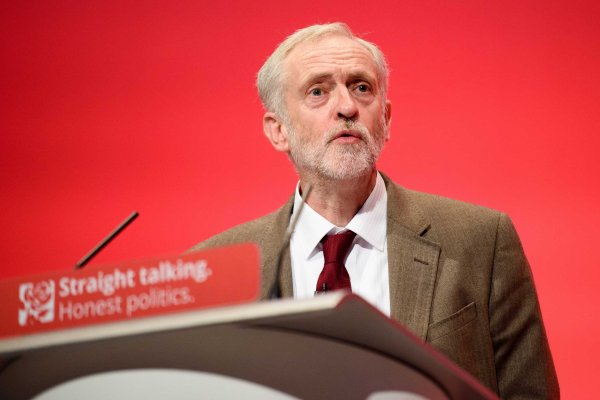 U.K. Opposition Leader Vetoes Use of Nuclear Weapons If He Is Elected P.M.
Next Up: Editor's Pick