Chris Brown’s past legal malfeasances have prompted governments across the world to consider barring him from performing in their countries, but the R&B star has found an unlikely ally in New Zealand, where prominent female members of the country’s indigenous Maori population have spoken out in his defense.

Brown is scheduled to perform in Auckland in December, but many lawmakers hope to ban him from entering the country, citing the record of domestic violence during his romantic relationship with singer Rihanna.

“We’ve got enough wife-beaters in this country,” Judith Collins, a politician in New Zealand, recently said, according to Stuff.co.nz. “He should just bugger off.”

But it is because of this controversy, and not in spite of it, that several Maori women have come to his defense, reports Stuff.co.nz, a popular New Zealand news website. Domestic violence has been called New Zealand’s “dark secret,” particularly within the Maori community, where 42% of women claim to have been abused by a romantic partner, according to a 2007 survey. If, the Maori women said on Thursday, Chris Brown’s claims that he has rehabilitated himself are indeed true, then his message could reverberate positively among New Zealand’s youth, who could more likely to listen to Brown rather than their elders.

“We believe that change can occur and we need a range of people to speak out and demonstrate strong leadership,” Merepeka Raukawa-Tait, former leader of Women’s Refuge New Zealand, the country’s largest anti-domestic violence group, said, according to Stuff.co.nz. “We believe having done the crime and done the time he should be able to enter the country.”

Other Maori leaders said they would actively fight for the approval of his visa. 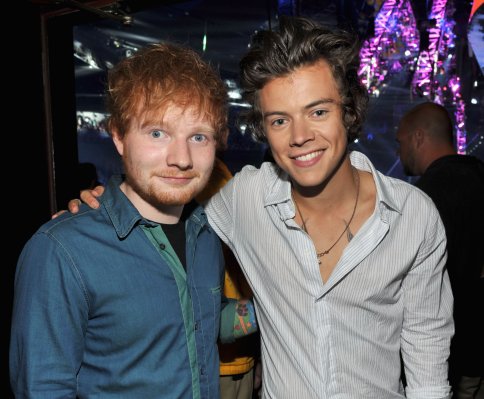 Ed Sheeran Has Stopped Writing for One Direction
Next Up: Editor's Pick