People Are Trying to Free Harry Potter's Dobby in London

It’s as if Hermione Granger’s beloved Society for the Promotion of Elfish Welfare has sprung up some heartened rebels.

Photographs have appeared on the Internet (and retweeted by Harry Potter author J.K. Rowling) of people leaving socks by an encased Dobby at the Warner Bros. Studio Tour of Harry Potter at Leavesden in London.

If you’re not a Potterhead, it might not make sense, so here’s some history: Houselves, who are practically enslaved in the Harry Potter world, can attain freedom if given a piece of clothing. Hermione busily knits socks and leaves them in nooks and crannies through Hogwarts School of Witchcraft and Wizardry, where she stays, hoping that elves like Dobby—who served Harry and was eventually freed—would pick them up and free themselves.

Dobby, of course, was a real hero in the Potter series, falling to his death by the blade of Bellatrix Lestrange while saving Harry, Ron and Hermione. But when he died, one thing was certain: He was free. 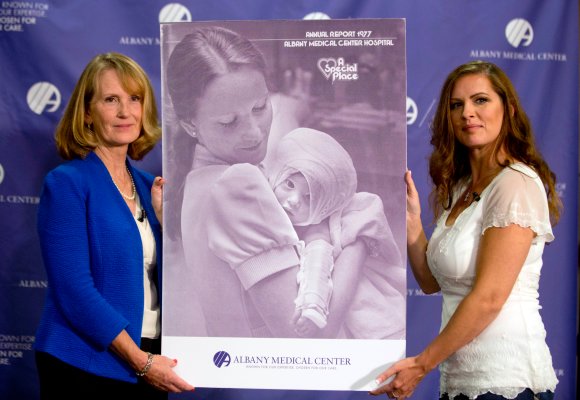 Woman Burned as Infant Reunites With Mystery Nurse Who Cared for Her
Next Up: Editor's Pick