The Soul of a Book

When my father retired, he brought his four sons to his book-lined office. There, he handed us each a sheet with colored adhesive dots. “Each of you has a color,” he said. “Put your sticker on any book you want. If yours is the only sticker, it is yours. If there are two or more stickers, then at the end we will trade until everyone is satisfied.”

It took a few hours, but at last my father kept a few small shelves of precious books and each of his children walked away with several boxes. My father retired 25 years ago and died six years ago but often, when I look at my shelves, some of the books still seem ill at ease because both they and I know they belong on his shelf.

For several years I was director of a library. I used to go into people’s homes and collect the books they were donating. For many it was very painful, a downsizing that portended (or sometimes followed) death. I will never forget one woman who had a series of volumes of the old Horizon magazine and was very insistent that I come to collect them. Since the library did not need them I kept putting it off until finally, I went to her small, walk-up apartment.

She was an older woman, in ill-health. She pointed proudly to the shelf of books and told me I had to take them. I said of course and thanked her, though I could not promise whether we would shelve them or resell them. That was OK, she answered. She had no family, and there was only one thing she wanted.

What was that? She pointed to the apartment across the way: “I don’t want her to get them.” I understood. I took the books.

Far fewer people today than in my youth spend their lives accumulating books that trail them through the years. A walk in New York City used to be the literary equivalent of a pub crawl, moving from used book store to used book store, so that each volume on one’s shelves told a story.

I remember the books I got the first time my father took me to New York, the books I found at a yard sale in Edinburgh on a junior year abroad, and the special affinity I feel with a man named “Edgar Smith Rose” whom I never met. Many books that I bought over years in an annual book sale in Haverford, Penn., bore his name and some had his annotations. For years I read along with my benefactor whose interests and ideas I knew, but who otherwise remains a mystery to me.

Although I try to give away as many books as I can, they keep accumulating. One day my thousands and thousands of volumes will have to find a home, or perhaps be pulped. My daughter is a reader, and she will no doubt take many, but the world is glutted with books. After years in a library I don’t delude myself that there is something special in my collection that must be preserved.

Yet every now and then I will open a volume and see my underlinings from years before, or a note in my father’s hand, or in the hand of some anonymous reader before me. And I understand that civilization is passed on through this alchemy of words on a page.

When I was a child, my father received a call from a dear friend who was also a rabbi. His friend spoke urgently, “Jerry, you have to come over right away!” Several years before, this old friend of my father bought an old set of the Talmud because he did not want it to be destroyed, and he stored it in a box in his garage.

On the day he called there were torrential rains in Philadelphia, and the roof of his garage was leaking. He ran out to the garage and among other boxes, he opened the box with the Talmud to make sure that it was not damaged by the water. He took out a volume and leafed through it when suddenly he spotted writing in the margins of one page. When my father arrived he pointed to the writing with tears in his eyes. It said: “My name is such and such from Vilna. The Nazis are coming to my town. I have studied up to this spot. If this book survives me, please start learning from here in my memory.”

Screens have their uses, but they carry no memories. A book is a companion, a recollection, a renewable source of associations and wisdom. My father’s books stand on my shelves and carry his spark as I hope, one day, they will carry mine. 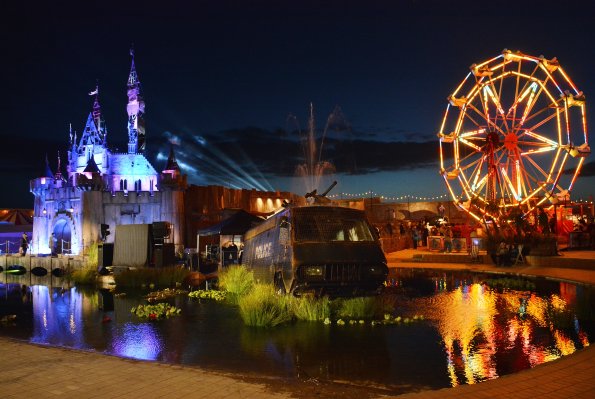