When first daily Peanuts comic ran on Oct. 2, 1950—exactly 65 years ago this Friday—its creator, Charles M. Schulz, had plenty to be happy about. But not everything was sunny: he didn’t like the name that had been given to his creation.

Schulz had previously published a cartoon called Li’l Folks, which included forerunners of the Peanuts characters, and didn’t want to change the name. Schulz told TIME in 1965, when the magazine ran a cover story about Charlie Brown’s place in American culture, “I wanted to keep Li’l Folks. I wanted a strip with dignity and significance. ‘Peanuts’ made it sound too insignificant.”

So how did Peanuts get its name?

Schulz was working as an art teacher at a Minneapolis art school when he sold his first cartoon in 1948 to the Saturday Evening Post. Li’l Folks came soon after, in the St. Paul Pioneer Press, which ran the strip anywhere the editor had space to put it. He stopped drawing it after a year, because the editor wouldn’t give him more money or a regular spot. At that point, Schulz, still working as an art teacher, pursued comic syndication contracts and was rejected from a number of services. In 1950 United Feature Syndicate accepted Schulz’s Li’l Folks.

But before it could be published, the syndicate wanted to change the name. Al Capp’s strip Li’l Abner had premiered in 1934 and ran until 1977, and Tack Knight’s Little Folks comic ran in the 1930s, so Schulz’s title raised concerns over copyright infringement. A syndicate editor chose the name Peanuts, despite Schulz’s protests.

The syndicate initially ran the comic strip in seven papers across the U.S., according the Charles M. Schulz Museum—adding that, even many years after the death of Li’l Folks, Schulz remained displeased at its new name. Even so, he didn’t let the name get in the way: Schulz would continue to work on Peanuts for the rest of his life. 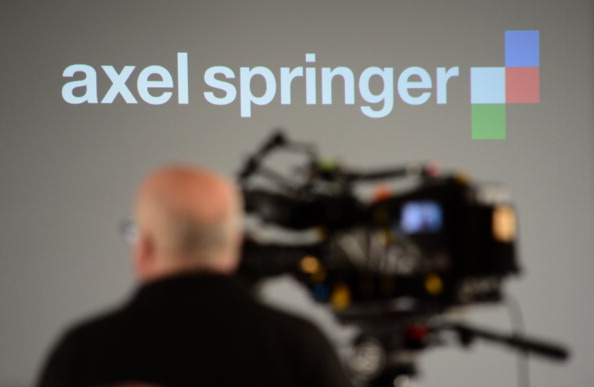 Axel Springer Buys a Stake in Thrillist
Next Up: Editor's Pick