This Is the Best Country to Drive In

The city of Amsterdam in the Netherlands just after sunset.
Andrew Pini—Getty Images
By Jonathan Chew / Fortune

Those who drive in the Netherlands have the most satisfying experience in the world, according to a new study launched by Waze.

The popular navigation app has released its first-ever “Driver Satisfaction Index,” a study that curates data from 50 million users from 32 countries and 167 metropolitan areas to find out where the best (and worst) places are for drivers.

Aside from usual traffic commute data, Waze takes information on road infrastructure, occurrences of accidents and hazards, and access to driver resources such as gas stations and parking lots, and meshes it into a rating for overall driving experiences. Waze also attempts to incorporate qualitative data into its calculations by including metrics such as a driver’s mood.

“Typical traffic studies take into account quantifiable metrics such as number of cars on the road, or time spent in a jam. But the overall driver experience is about much more than just traffic,” company spokesperson Julie Mossler told Fortune. “Driving down an empty road filled with potholes is still a bad experience. Some nationalities, like Chileans, are simply happier than others, even in the face of poor infrastructure, or some of the most congested routes in the world.”

After sifting through millions of data points, Waze found that Dutch drivers are the most satisfied with their commute on the road: “Despite the fact that the Netherlands is one of the most densely-populated countries in the world—behind Bangladesh, South Korea, and Taiwan—the country performed best overall and outranked all other countries with the least amount of traffic,” wrote Waze on its blog.

For metropolitan areas, the best overall driving experience in the world belongs to a surprising front-runner: Phoenix, Ariz., whose low traffic and self-identified “happy” drivers made riding there less than a chore, and more a pleasure.

On the other side of the divide, Costa Rica ranks as the country with the worst driving experience. Among cities, Bogota in Columbia has the most miserable experience for drivers, which isn’t surprising considering less than 40% of the 15,400km of roads in the city are in a “good state.” 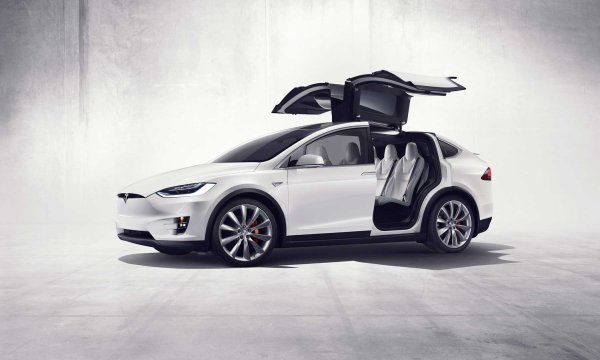 See the Coolest Features of Tesla's Newest Car
Next Up: Editor's Pick