For years, Amanda Scarpinati dreamed of meeting the woman who cared for her after she suffered severe burns as an infant. On Tuesday, that dream came true.

“I’m over the moon … I never thought this day would come,” the 38-year-old told the Associated Press.

Scarpinati, of Athens, New York, was just 3 months old when she rolled onto a hot-steam vaporizer, leaving her with both terrible burns and years of ridicule due to her disfigurement. But it was photos of herself as a baby being cradled by a nurse that helped her get through her toughest times.

The heartwarming black and white photos, published in Albany Medical Center’s 1977 annual report, shows Scarpinati in the arms of a mystery nurse.

“I’d look at those pictures and talk to her, even though I didn’t know who she was,” Scarpinati told the AP. “I took comfort looking at this woman who seemed so sincere, caring for me.”

Scarpinati made an unsuccessful attempt to track the nurse down 20 years ago, she told Yahoo. But earlier this month, Scarpinati decided to try again, enlisting the help of Facebook users.

It worked. Scarpinati learned that the nurse is Susan Berger, who now oversees the health center at Cazenovia College in New York, the AP reports.

After a brief phone call, the two met face-to-face on Tuesday at a news conference at Albany Medical Center – the place where it all started.

“Oh my God, you’re real! Thank you!” Scarpinati said as the two embraced each other.

Berger told ABC News that she was “stunned” to learn that Scarpinati had been looking for her.

“I was just speechless and to think that someone would have thought about it all those years and to have saved the photo, as I did myself,” Berger said.

“It’s just that reminder that you can make a difference,” she added. “You just have to remember to have that compassion every day.”

As cameras flashed all around them at the conference, the two now have new photos to cherish.

As for what the future holds for the women: “It already has been a lifelong friendship,” Scarpinati said. “She just didn’t know.” 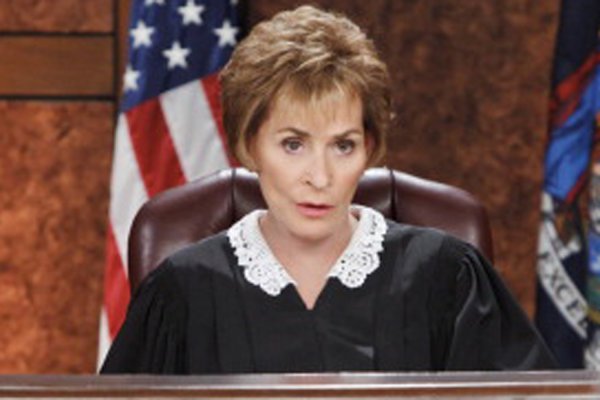 Watch Judge Judy Burst Out Laughing as a Defendant Incriminates Himself
Next Up: Editor's Pick