Couple Receives Bill After Not Showing Up to Wedding

When a Minnesota couple’s babysitter cancelled on them at the last minute, they decided to skip the adult-only wedding they were supposed to attend. Little did they know that a few weeks later they would get a bill in the mail for the meals they had missed.

The invoice that Jessica Baker and her husband received from the bride and groom was for a total of $75.90.

“You’ve got to be kidding me,” Baker told KARE 11. “It listed, we would have had two herb crusted walleye and then there was also a service and tax charge.”

The newlyweds also included a note explaining the charges.

“This cost reflects the amount paid by the bride and groom for meals that were RSVP’d for, reimbursement and explanation for no show, card, call or text would be appreciated,” it read.

Baker said she has no intention of paying the bill, but admitted she might not have handled the situation properly.

Since KARE 11 posted a photo of the invoice to its Facebook page on Tuesday, it has received almost 2,000 comments. 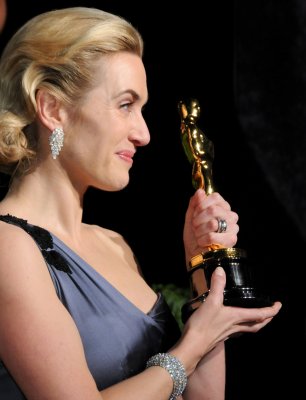 Kate Winslet Has a Great Reason for Keeping Her Oscar in a Weird Place
Next Up: Editor's Pick