Watch as Palestinian Flag Is Raised at U.N. for First Time

The Palestinian flag was raised at the United Nations for the first time on Wednesday, following a vote approving the action by the U.N. General Assembly earlier this month.

“I am certain that the day our flag rises among the flags of the community of nations will also be a most emotional and proud day,” Palestinian Authority President Mahmoud Abbas wrote on the Huffington Post Tuesday.

The motion to raise the flag passed the General Assembly by an overwhelming majority. The United States, Israel and six others were the only countries to vote against allowing the flag. Many more abstained.

The flag was raised at 1 p.m. ET following a speech at the U.N. by Abbas. 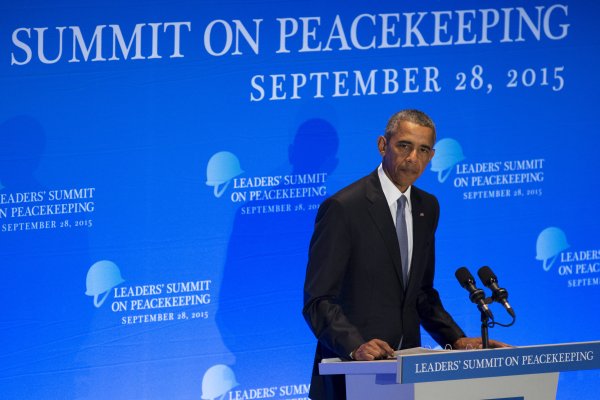