Che Guevara might have considered the United States his worst enemy, but he faced an even greater threat to his revolutionary ambitions: asthma. While it was U.S.-trained Bolivian forces who killed Che on this day, Oct. 9, in 1967, asthma was a constant threat from his earliest youth.

Che was born premature—tiny and sickly—in Rosario, Argentina, where his father took a rough approach to infant rearing. According to TIME’s 1960 cover story about the revolutionary, baby Che was left to sun on a balcony, wearing only a diaper, in 45° winter weather. Moreover, he was plunged into cold baths and doused in icy showers. Instead of toughening him up, however, this tactic left him with a persistent cough and severe asthma.

His approach to his own health was no gentler; asthma didn’t keep him from embracing the rowdiness of youth. Per TIME, he roamed the streets “with a gang of toughs” and “played amateur rugby at top speed, wheezing to the sidelines from time to time for whiffs from the inevitable atomizer.”

And it didn’t prevent him from following a rugged revolutionary road to Cuba, although it sometimes slowed him down along the way. While in Guatemala in 1953, he encountered a group of severely malnourished children whose poverty, in Che’s eyes, was the result of exploitation by the United Fruit Company. According to a friend, Che flew into a rage, cursing “North American exploiters” and triggering a terrifying asthma attack that lasted two full hours.

He did little to ward off future asthma attacks, with a lifestyle that involved regular raging—and chain-smoking cigars. If anything, his own affliction seemed to be an afterthought. Although he earned a medical degree before embarking on his Communist crusades, he didn’t focus on respiratory ailments.

But if his fragile health made Che an unlikely guerilla leader, it wasn’t the only unlikely role he threw himself into. He was an equally ill-suited financier—but that didn’t stop him from becoming the head of Cuba’s central bank. TIME tells the story of his appointment thus:

Even diehard Communists sometimes had to make sacrifices to stay alive, however. Che’s mother, in a 1961 interview, told reporters, “My boy is a very busy young man. He has recently been examined by a Soviet doctor, who prescribed some pills for his asthma that are doing him lots of good.” She added, “These pills, of course, are made in the U.S.” 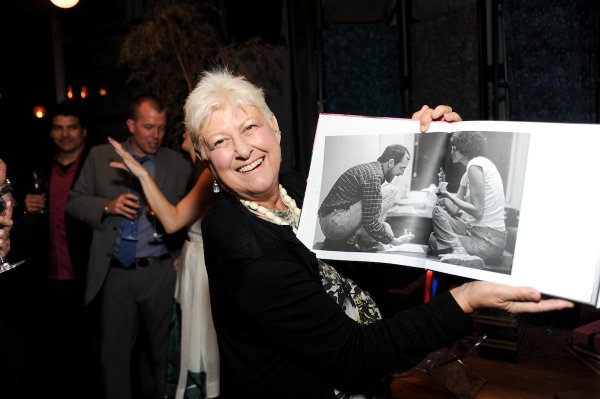 An Original SNL Writer Explains How the Show Came to Be
Next Up: Editor's Pick